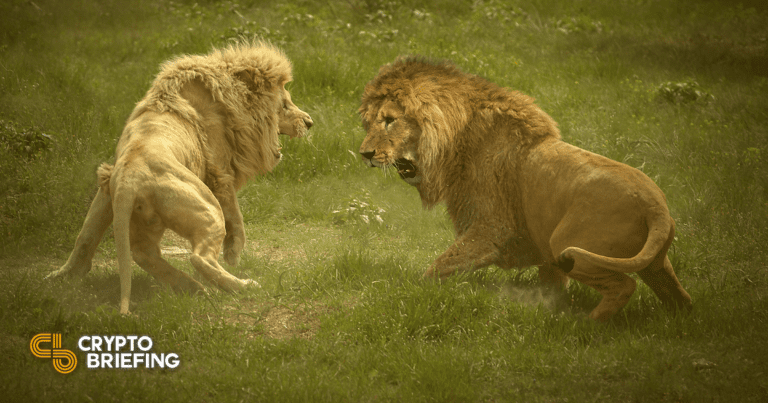 Some of DeFi’s best-known protocols are debating the impact of their yield farming strategies. The discussions center on Alchemix, Yearn Finance, and Curve Finance.

To get an understanding of why this conflict is taking place, it’s necessary to explain how these DeFi protocols interact with one another. Curve is a decentralized exchange specializing in stablecoin pools and pools between assets of the same value.

Curve incentivizes liquidity provision by distributing CRV tokens on top of the fees made by the liquidity providers. One of Curve’s most substantial liquidity providers is Yearn. As covered in Crypto Briefing’s Project Spotlight feature on the protocol, Yearn allocates the funds it gets from individual users into Curve pools (amongst other strategies) and sells part of the CRV rewards to provide users with better yields than they would normally receive on Curve.

Alchemix is a DeFi protocol built on top of Yearn’s flagship vaults feature. In Alchemix, users lock a certain amount of DAI and can borrow up to 50% of the deposit in alUSD, Alchemix’s stablecoin. The locked DAI is used to collect yield through Yearn’s vaults to reimburse the original loan. Alchemix’s alUSD also has its own Curve pool, which is incentivized with CRV rewards.

On Tuesday, the Curve team opened a proposal to remove CRV rewards from the alUSD pool, arguing that Curve rewards are distributed twice with alUSD. First, users earn CRV through Alchemix’s core mechanism of locking DAI in Yearn’s pools (which themselves farm and sell CRV tokens). Second, users can stake alUSD on Curve to earn additional CRV rewards. When Alchemix sells CRV rewards or uses a protocol like Yearn which automatically sells them, other Curve liquidity providers suffer from the resulting inflation. This creates a “double sell” problem for CRV holders.

The timing of Curve’s proposal is significant. Alchemix recently announced that it would use Saddle, a fork of Curve, rather than Curve itself for its new alETH product. This decision may have acted as a catalyst for Curve’s proposal against Alchemix. When Alchemix announced that Saddle deposits were live, Curve responded that it was “99% sure” Saddle’s code violates a license on Curve’s contracts. Like Uniswap V3, Curve has licensed its code to protect itself against copycat projects.

Btw 99% sure that the way Saddle reimplemented the code (line-by-line translation from one language to another, unless anything changed) violates the license on Curve contracts. Just saying

Yearn developer banteg announced that “Yearn [would] vote against” Curve’s proposal to remove CRV rewards from the Alchemix pool. They reasoned that the alUSD pool provides some of the highest yields and fees for Curve, and therefore removing the incentivization could hurt the protocol in the long run. While Curve’s governance proposal hasn’t yet received any votes, the ongoing debate is heating up.

Disclaimer: The author of this feature held ETH and other cryptocurrencies at the time of writing. Andre Cronje, the founder of Yearn Finance, is an equity holder in Crypto Briefing.

This news was brought to you by ANKR, our preferred DeFi Partner.

yEarn Finance has quickly become one of the most popular DeFi protocols in 2020. It brings together many of the disparate tools, platforms, strategies, and tokens from throughout the ecosystem….

Yearn and Convex Are Competing for Curve Tokens

Newcomer to the scene, Alchemix has already raised $4.9 million from some of the most reputable VCs in the crypto space. Alchemix Hits $80 Million in Two Weeks Alchemix is…