Skip to Content
Home Forex What changed in the last few months. Why are we seeing such changes in the market

Bitcoin and cryptocurrencies alike have all been making massive waves as of late, only recently did bitcoin break the $20k barrier and it seems like it can only keep on rising. Bullish reviews of Bitcoin estimate that there is a possibility that the bitcoin high can reach even larger and grander peaks if more companies and people invest.

Only recently, as a matter of fact, due to this bitcoin high, that companies are now looking at crypto for potential in future avenues. This is key win keeping the prices going up and making Bitcoin and other altcoins a worthy investment.

Some say that crypto is the future, some may disagree but what we know for certain is what is happening now and the fact that crypto is a decentralized method of transaction working on blockchain technology. The reason why people are interested in crypto is that it is a safer and more private method of transaction, and as we are all aware of being private in the digital age is a very challenging task. Hence, crypto may be the answer to your private financial transactions.

In this article, we will be trying to hunt down the root cause of the surge that is happening now. This crypto boom is unlike anything we have seen now, but there is a reason why we are here.

December 2017 was the month that started the bitcoin high. According to coindesk price index, the coin went from trading from $930-$978 and with enough investment it finally broke the $1k barrier. This was already a major event in the crypto world, but the people who were still hodling after this time will reap the rewards in the future.

From May – September the bulls were charging and the price for Bitcoin was reaching all-time highs. Some dubbed it as the ‘summer of crypto love’. A major movement that gave Bitcoin more eligibility into the investing world and convincing people this is something to stay is the entry of a lot of major Wall Street analysts to the Bitcoin price-watching game. The forecasting game grew stronger and stronger and more people started investing in this crypto giving it all the hype it deserves. Bitcoin had a lot of major ups and downs to reach this new Bitcoin high, but for example, exactly after it broke the $5k mark, it shot down to $3k and so on.

People who did not panic sell would come to find out that Bitcoin was simply paving its journey to continue rising, and continue rising it did. Bitcoin then followed much turmoil and hardship. It continued to rise and drop for many months, having even passed through China’s global crackdown on unregulated ICOs and other regulatory rumblings. Despite this, it continued to rise to reach new bitcoin highs.

Over the coming months, Bitcoin continued to rise, and as Bitcoin rises other altcoins rise with it. The doors of a lot of cryptos are paved by how Bitcoin is doing. Indeed the waves Bitcoin has been making in the past months has left people wondering; what will happen next? Can crypto, especially bitcoin keep on rising? And one of the biggest questions would be, is it too late to invest in crypto?

A lot of people will agree when saying that Bitcoin is a very volatile asset. Some bearish predictions might say that Bitcoin pricing may land on $60K and others, more bullish may agree that it will land somewhere in between $100k to $300k. This is all very exciting but should not distract you from the to and fro movement that crypto is famous to experience. Irrelevant of how established Bitcoin may be as the king of all coins, it is not exempt from price drops and other such problems that will put red on your candlestick.

Bitcoins price was driven up by individual investors who found a form of a new faith in crypto. They believed in a future with crypto and thus invested heavily in Bitcoin and other coins. Large publicly traded companies and hedge funs are pushing the bitcoin high, higher and higher. Companies like Paypal have included cryptocurrencies to their offering, pushing them more into the mainstream.

The future is bright for the bitcoin high. It can keep on soaring and reach new heights, but it may also crash. As the market flows in a natural cyclical way so too does the coin market with its intense volatility. Some say that crypto is the future of finance as it is more private and safer, some may disagree. The reality is, as more companies invest in the crypto world and create a more mainstream relationship to it more people will follow in their steps and put faith in Bitcoin and other altcoins.

Cryptocurrencies are anything but smooth. It is hard to try and understand the crypto market. If you are looking for a less volatile method of investing, the stock market is the way to go. Investing in the crypto market is for a very specific type of investor that is will to play the high risk, high reward game and some people have managed! Investopedia have a great article discussing the future of Bitcoin and other altcoins that are emerging in the market and competing against on another to become The crypto to invest int.

Bitcoin started trading at a very low price and look where it is now. There is no saying where other altcoins may be going and there is no saying where the bullish charge to bitcoins high will stop. The idea is that if you believe in the currency, you should invest in it. A lot of hodlers have reaped the reward of crypto becoming millionaires just by patience and faith! 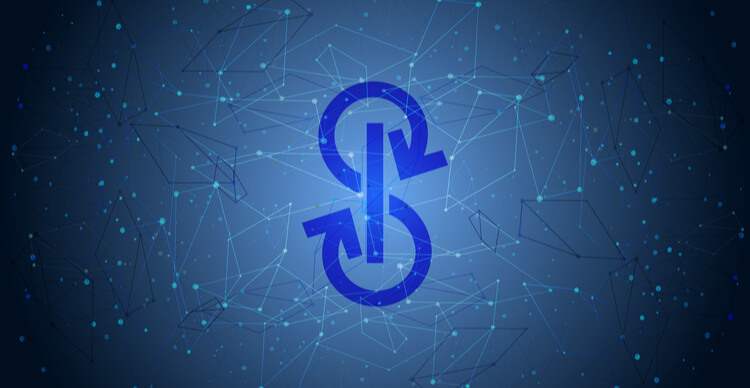