For the past few months, artists, collectors, and begrudging crypto journalists alike have been confronting the phenomenon of NFTs , or non-fungible tokens . These are unique digital assets on the blockchain : tokens that can be attached to any file (usually images and looped animations, like JPEGs and GIFs) and sold as proof of ownership.
The appeal is in the blockchain’s veneer of permanence —the sense that these transactions are publicly recorded—as well as artificial scarcity, which leverages our impulse toward exclusivity.
One of the critiques of NFTs and the “crypto art” they’ve enabled is that once you buy in, your options for actually enjoying the work are somewhat limited . You can either display your NFT through certain online marketplaces and platforms, or just let it sit in your wallet, content in the knowledge that everyone knows it’s verifiably yours.

For the past few weeks, a gallery called Superchief has been looking to remedy that problem with a dedicated physical exhibition space for NFTs (it claims to be the first of its kind). It’s a small-ish space south of Union Square in New York City, with a few screens on each wall. Its first show, “Season One Starter Pack,” features works from 300 different artists rotating in throughout the day. But what’s new about NFTs, from a tech perspective, isn’t the kind of thing you can put on display; take away that piece, and what you’re left with is underwhelming.
When my editor asked me to check out the show, I made a point of not reading up on it ahead of time. This was my first mistake: thanks to some hasty Googling, I initially ended up at Superchief’s main gallery, in SoHo, rather than the one for NFTs. But on my brief subway ride uptown, I imagined what sort of themes the exhibition might explore. Would it trace the relationship between physical and digital spaces? Would it reckon with the slippery realities of digital ownership?
Inside the Superchief NFT art gallery in New York. Image: Decrypt
Surely these questions are part of the NFT bargain. Even before Napster, the internet was enabling an exchange of endlessly reproducible ideas: an entirely transient online ecosystem of words, sounds, and images, with a copy-and-paste function that made it explicit. NFTs portend a future where everything is tokenized, everything is one-of-one, and everything is for sale.
It’s proved to be a powerful idea. The market for NFTs has exploded over the past few months, as crypto’s nouveau riche have poured millions into digital artworks and auction houses. Tweets have been auctioned off as NFTs ; an NFT attached to Nyan Cat, a meme from the early 2010s, recently sold for nearly $600,000; and the electronic producer Jacques Greene made an NFT out of the publishing rights to a recent single. The splashiest moment for the market was the $69 million sale of an NFT-backed image by the digital artist Beeple, at Christie’s.
Beeple Immediately Converted His $53 Million NFT Earnings From ETH to USD
Nothing that interesting or novel was happening at Superchief. After spending just a few minutes with each of the wall-mounted screens, I felt ready to move on. Online images are defined by speed and ease of access; we’re used to spending a few seconds with an image before scrolling past it. The incongruity between the slowness of the gallery setting and the aesthetic quickness of these internet-native artworks made for a disorienting experience.
The problem is more with the fact of the exhibition than with the images themselves. ”Season One Starter Pack” features works from Alex Schaefer, Ghostshrimp, and plenty of other established visual artists and illustrators. Edward Zipco, who co-founded Superchief and runs the NFT space, told me that about 70% of the artists in the show have backgrounds in the traditional art world, and the other 30% are already entrenched in NFTs.
I was also annoyed to discover that the space is also essentially an ad for Blackdove, a company that sells glorified TV monitors as “digital canvases” for NFT artworks. One of the screens was accompanied by a QR code that I thought would link to some explanatory writing, but instead led to the Blackdove website.
It’s possible to understand NFTs as pure speculation. Detractors have argued that they’re entirely divorced from art, and that to spend millions on a JPEG file is to misunderstand what you’re paying for. Some have argued, even more cynically, that NFTs are being used as a vehicle for wash trading and money laundering. And who’s to say the most expensive NFTs aren’t just being traded back and forth by the same few collectors in an attempt to juice the market and sucker in more retail investors?
NFTs Are Selling for Millions. But Are They Reselling?
But NFTs didn’t commodify art, or pioneer collecting as a mode of money laundering . The question is whether crypto art will end up replicating existing structures, rather than creating new forms.
Maybe it’s not Superchief’s fault that the show doesn’t get at what’s actually interesting about NFTs. The potential of NFTs is in their capacity to shift how artists get paid, crowdfunding individual works and allowing for investments in fractional ownership.
This sort of thing is already happening on publishing platform Mirror , where the experimental writer Emily Segal raised money for an NFT-tied novel through a sale of ERC-20 tokens representing equity. NFT protocols can also allow creators to take a chunk of all secondary sales, creating a kind of persistent financial connection between the artist and the work—something that’s much rarer in the traditional market.
That connection is part of why Zipco is so interested in getting the word out about NFTs. “The fact that there is now a system that has sustainability built into it, that is about supporting artists long term—I think that’s huge,” he said.
The current hype around NFTs isn’t entirely representative of what they can do. Crypto art and associated protocols aren’t just about selling JPEGs, but they are definitely on some level about selling JPEGs. In a gallery setting, it can be hard to see the bigger picture. 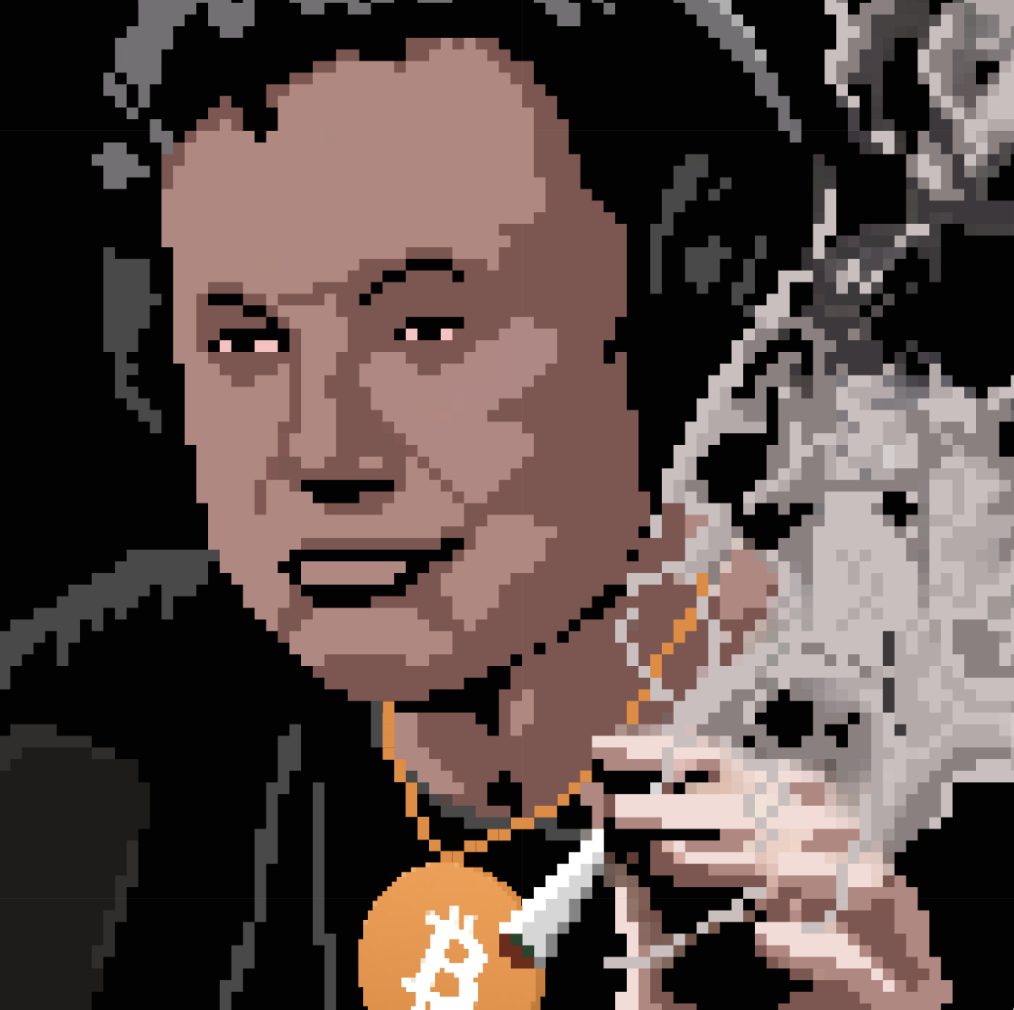