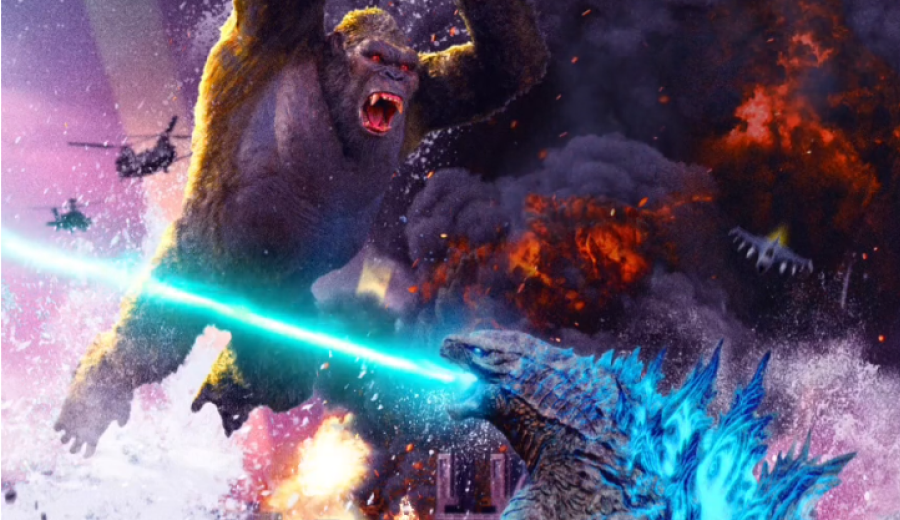 Legendary Entertainment, the company behind the production of the Godzilla vs Kong film, has announced that it will release two new and exclusive Godzilla vs Kong NFT Collections in collaboration with crypto artist Kobe Abdo also known through his artist name as BossLogic, and Terra Virtua, a blockchain-based digital collectibles platform with a focus on mobile, AR and VR experiences.

The collection’s release coincides with the film’s release in theaters today. The two lines of digital collectibles will be available on Terra Virtua, while a limited edition piece titled “Legends Will Collide” will be available on Makersplace, an NFT marketplace. Fans of the film will be able to purchase starting March 31st, 3:30 PM, Pacific Daylight Time, six hours from press time.

“Godzilla vs. Kong had an incredible launch internationally, and we are excited to bring that energy to the block-chain. Both BossLogic and Terra Virtua are perfect partners for this project as they are true fans of the brand, incredibly creative, and uphold a very high level of quality with their creations. We look forward to delighting fans with this collaboration,” said James Ngo, Executive Vice President of Franchise Management at Legendary Entertainment.

The seven-piece collection is curated by Vincent Harrison of iv Gallery, and lists the following titles for each piece: “God vs. King,” “King vs. God,” “MachineGod,” “Legends will Collide,” “One Will Fall,” “Godzilla Steps Up,” and “Kong Steps Up.”

The partnership marks an industry first, and the collection is the first NFT art release made in collaboration with a major motion picture studio.“This is the first official studio NFT art release, a testament to Legendary’s forward, outside-the-box thinking, and support of the arts in many forms,” said Harrison.

“I’m beyond excited to collaborate with Legendary Entertainment on such an epic event with two of cinemas most treasured IPs brought together for one earth-shattering experience. As a massive fan myself, this one is truly special for me,” shared BossLogic.

Terra Virtua, which hosts an augmented reality and virtual reality art gallery, has created 3D models of Godzilla and Kong, as well as other characters in the film.

“This franchise is one of the most recognizable brands in the world. These characters have been on our screens for over 88 years, so to say we are excited about bringing this film pairing to our digital collectibles Terradome gallery via our app is an understatement,” shared Terra Virtua co-founder Gary Bracey.

Here’s a trailer of the NFT drop released by BossLogic.