AAVE, KSM, ALGO and TFUEL are showing signs of strength while Bitcoin bulls attempt to push BTC price over $38,000.

Bitcoin’s (BTC) price continues to be range-bound between $30,000 and $40,000 level for the past few days, which is not necessarily a bearish sign.

Generally, after a sharp fall, the price tends to consolidate as the asset transfers from weaker hands to stronger hands. After the transition is complete, the asset breaks out and starts a new uptrend. Usually, the longer the price consolidates in a range, the stronger the next trending move will be.

Bloomberg Intelligence senior commodity strategist Mike McGlone said on Saturday that Bitcoin’s declining supply was a positive sign, which could act as a “bullish ace” for its move higher “if past patterns hold.”

Yoni Assia, CEO of eToro, also told Cointelegraph that Bitcoin could see a sharp rise “over the next three to five years, as there are still 5 billion people in the world that basically don’t have good local currency.”

Therefore, investors should not be discouraged by the muted price action in the short term. Bitcoin’s fundamentals remain strong and are likely to result in a new uptrend in the future.

As crypto markets consolidate, let’s analyze the charts of the top-5 cryptocurrencies that may outperform in the next few days.

A break and close below $31,000 will complete a descending triangle pattern, which has a target objective at $19,549. However, it is unlikely to be a straight drop to the lower levels because the bulls will attempt to stall the decline in the $31,000 to $28,000 support zone.

This negative view will invalidate if the price continues to move up and rises above the resistance line of the triangle. Such a move could open the gates for a rise to the 50-day simple moving average ($44,709), which is again likely to act as a stiff resistance.

A break above the 50-day SMA will suggest that the correction could be over and the bulls will gradually try to start a new up-move.

The moving averages on the 4-hour chart have been crossi each other and the relative strength index (RSI) is just above the midpoint, indicating that bulls are trying to make a comeback.

A breakout and close above the resistance line of the triangle will signal that demand exceeds supply. If the bulls sustain the price above the triangle, a new up-move could begin.

Alternatively, if the price turns down from the resistance line and breaks below $34,000, it could signal a minor advantage to the bears. That could pull the price down to the critical support at $31,000. A bounce off this support will suggest accumulation at lower levels and that could keep the pair inside the triangle for some more time.

Aave is trading inside a large range between $280 and $581.67 for the past few months. The bulls have successfully defended the support of the range on five previous occasions, hence the buyers are likely to buy the dip once again.

If the price rebounds off the current level with strength, it will suggest that the bulls continue to accumulate on dips. The buyers will then try to push the price above the 20-day EMA ($344). If they succeed, the AAVE/USDT pair could rise to the 50-day SMA ($414), which may act as a stiff hurdle.

This positive view will invalidate if the price turns down from the 20-day EMA and breaks below the $280 support. That will embolden the bears who will then try to pull the price down to $208.09 and then to $160.

The 4-hour chart shows the bears had pulled the price below $280 but they are struggling to sustain the lower levels. However, the moving averages are sloping down and the RSI is in the negative zone, indicating advantage to the bears.

If the price turns down from the current level and breaks below $266.68, the pair could start its downward journey. This negative view will invalidate if the bulls push the price above the downtrend line. Such a move will suggest the correction is over and the pair could then rise to $500.

Kusama (KSM) has been witnessing volatile moves in the past few days. Although the bulls pushed the price above the $480 overhead resistance on June 9, they could not sustain the higher levels and the price dipped back below the level on June 10. This shows that bears are selling on rallies.

However, the buyers have not allowed the price to break below the 20-day EMA ($388). This suggests that the sentiment is turning positive as the bulls are buying the dips to the 20-day EMA.

The rising 20-day EMA and the RSI near the midpoint indicate a minor advantage to the bulls. The buyers will now make one more attempt to push the price above $480. If they succeed, the KSM/USD pair could rally to $537 and then retest the all-time high at 625.

This positive view will invalidate if the price turns down from the current level or the overhead resistance and breaks below $360. That could pull the price down to $280.

The 4-hour chart shows the bulls are trying to defend the trendline support. However, the 20-EMA has turned down and the RSI is in the negative zone, indicating the bears have the upper hand.

This negative view will invalidate if the bulls can push the price above $429. That could attract buying, pushing the pair to $480.

Algorand (ALGO) bounced off the trendline on June 12 and rose above the 20-day EMA ($0.97), which suggests the bulls are buying on dips. The flattish 20-day EMA and the RSI near the midpoint suggest the selling pressure has reduced.

The price action of the past few days has formed an ascending triangle pattern, which will complete on a breakout and close above $1.15. If the bulls manage to sustain the price above $1.15, the ALGO/USDT pair could rally to the target objective at $1.63.

Contrary to this assumption, if the price turns down from $1.15, the pair may extend its stay inside the triangle for a few more days. A breakdown and close below the trendline will nullify the bullish view and open the gates for a drop to $0.80 and then $0.67.

The 4-hour chart shows the bulls are attempting to push the price above the downtrend line. If they can sustain the breakout, the pair could rise to $1.15. A breakout and close above this resistance could start a new uptrend.

Conversely, if the price turns down from the current level and breaks below the moving averages, the bears will make one more attempt to sink the price below the trendline. If they succeed, it will signal the start of a deeper correction.

Theta Fuel (TFUEL) soared to a new all-time high at $0.679 on June 9 but the bulls could not sustain the higher levels as seen from the long wick on the day’s candlestick. That was followed by a sharp pullback to the 20-day EMA ($0.41) on June 12.

The strong rebound off the 20-day EMA shows the sentiment is positive and traders are aggressively buying on dips. The bulls will now try to push the price to the all-time high where they are likely to encounter stiff resistance from the bears.

If the price turns down from the all-time high, the bears will make one more attempt to pull the price below the 20-day EMA. If they succeed, it will suggest the start of a deeper correction.

Alternatively, if buyers propel the price above the all-time high, the TFUEL/USDT pair could resume the uptrend, with the next target objective at $0.85 and then $1.

The 4-hour chart shows the pair rebounded strongly off the $0.40 support, which suggests accumulation at lower levels. However, the relief rally is facing resistance just below the 61.8% Fibonacci retracement level at $0.57.

This suggests that the bears have not given up yet and are selling on rallies. If the price dips below the 20-EMA, the bears will try to pull the price down to $0.40. If that happens, the pair may consolidate between these two levels for a few days.

Alternatively, if the price rebounds off the 20-EMA, it will indicate the sentiment is positive and the bulls are not waiting for a deeper fall to buy. That will increase the possibility of a break above $0.57. The pair could then rise to retest the all-time high.

The views and opinions expressed here are solely those of the author and do not necessarily reflect the views of Cointelegraph. Every investment and trading move involves risk, you should conduct your own research when making a decision. 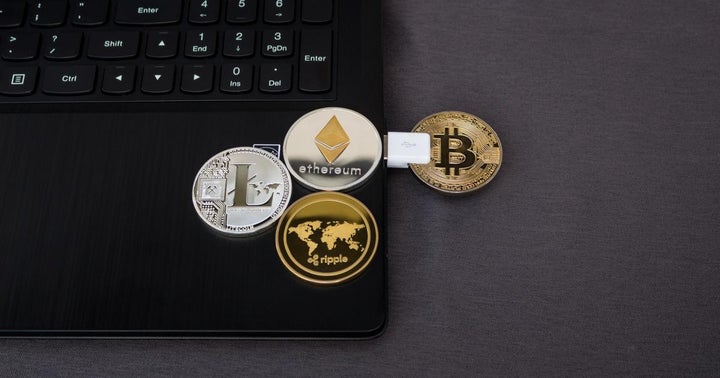