OpenSea Vs. LooksRare : What future holds? Is Looks token worth investing?

Which one is better, and which one should you be using?

Will also look at $LOOKS token from the investment perspective.

2021 was the year of NFT, and it seems like we are just getting started. Not a lot of users know that OpenSea which is probably the #1 NFT marketplace right now, was launched in 2017. It was in 2021 when the NFT market got viral, and OpenSea turned out to be a winner because of its easy-to-use interface, the constant addition of new features, and integration with multiple blockchains made it a go-to platform for launching and buying/selling NFT’s.

$Looks token is the most striking difference between OpenSea and LooksRare. $Looks is the native community token of LooksRare platform which was first airdropped to OpenSea users, and now it is being used to incentivize users to buy/sell NFT’s and also to the liquidity provider and stakers of $Looks token.

As the words are spreading fast, more and more users are migrating to LooksRare for buying/selling NFT’s, as they are being rewarded in $Looks token for their effort. This profit sharing is making this new platform lucrative.

According to their official help doc :

All collections now generate trading rewards. No minimum volume required – you earn LOOKS every time your buy or sell an NFT on LooksRare, from any collection! (Excludes private sales! )

So trading rewards are being distributed in WETH (Wrapped Ethereum) and $Looks token. I could earn over 0.5 ETH by staking some limited amount of $Looks token.

As the volume of LooksRare is increasing, the early adopter and staker of $Looks token will get maximum advantage. LOOKS token stakers earn 100% of the trading fees on LooksRare.

The price action of $Looks token is wild, and if it was not for recent crash, we would have been seeing more upper price action.

The $Looks is also listed on some of the top exchanges due to high demand and the fair distribution. At the time of writing this LooksRare Vs. OpenSea comparison, you can purchase $Looks token on the following top crypto exchanges :

Looks tokenomics page gives a detailed overview of how $Looks token will be emitted, and how the distribution is done. The below screenshot gives a glimpse of Looks tokenomics:

Considering the fact that OpenSea is valued at $13 billion, and there was a huge need for a community-centric NFT platform, LooksRare seems well-positioned to climb the ladder and claim that spot.

The current fully diluted market cap of $looks token is $4.3 Billion (@ Price of $4.32), and looking at the growth of the entire NFT ecosystem and current OpenSea valuation, I feel it could do an easy 2-3x from here. Provided, they continue building and working closely with the community. Not only that, as an investor, you should stake your $Looks token on their platform here , to take advantage of $Looks staking rewards and platform fees rewards, which could be a lucrative passive income source.

In its mere <60 days of existence, it is listening to the community demand and constantly adding new features.

Small update #1 The trending collection and NFT displayed on the home page is now generated by an algo: 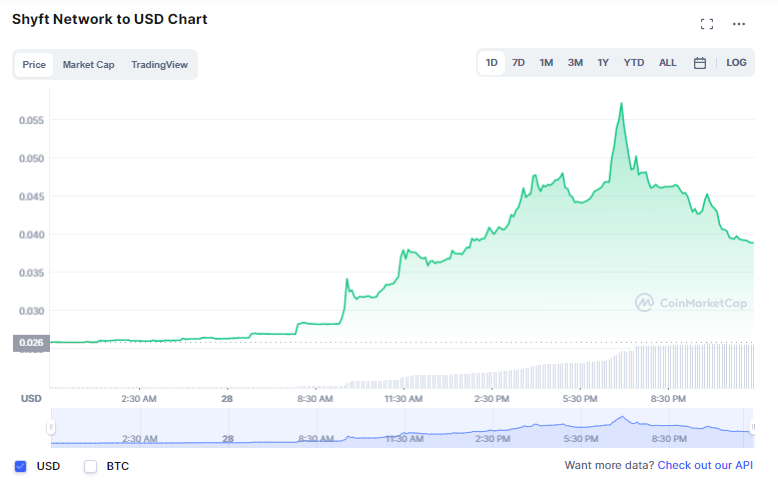