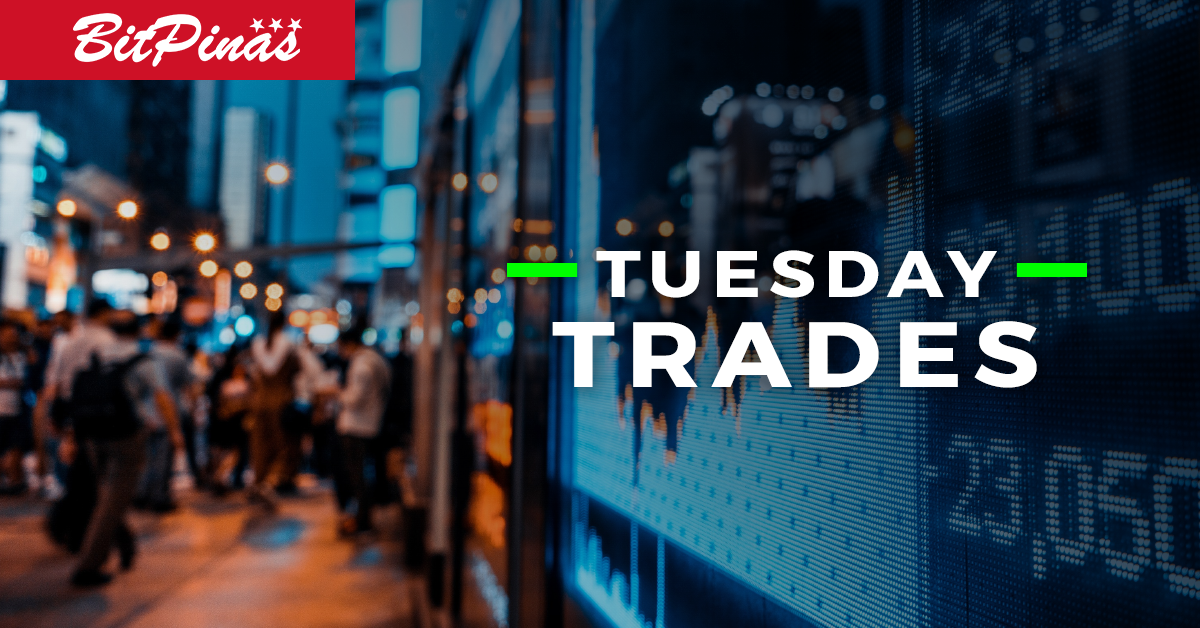 Good morning. Welcome to Tuesday Trades, part of our new series: BitPinas Daily. We will look at the price of Bitcoin, Ethereum and the major cryptocurrencies. Crypto is global, but sometimes news that matters happens while we sleep. So we bring to you what’s happening in our space here and abroad.

Tesla Sold $272 Million Worth of BTC

Tesla revealed in its Q1 2021 earnings report that it sold $272 million worth of Bitcoin, listed under “proceeds from sales of digital assets.”

The Block did the math for us. Tesla bought $1.5 billion worth of BTC in February. Selling $272 million would leave at least $1.33 billion in BTC still with the electric car maker. Of course, this calculation did not take into account BTC’s price movements, but Tesla is not allowed to adjust any figure as per U.S. filing rules.

Tesla’s CFO did say they believe in the long-term value of Bitcoin. “It is our intent  to hold what we have long-term and continue to accumulate Bitcoin from transactions from our customers as they purchase vehicles.”

PayPal CEO: Demand for Cryptocurrency Much Higher Than Expected

CEO Dan Schulman told Time Magazine: “Demand on the crypto side has been multiple-fold to what we initially expected. There’s a lot of excitement [around it].”

Schulman said that cryptocurrencies is a part of the trend to digitize everyday payments, which was accelerated by the coronavirus pandemic. He believes that 10 years from now, people will begin to use cash and credit cards less and less and that most financial transactions will happen through smartphones.

He also noted that central bank digital currencies (CBDCs) will have their uses but it’s still  just a digitization of the fiat currency.

JPMorgan is now the latest bank to offer certain clients the option to invest in an actively managed Bitcoin Fund, which would roll out around summer, according to a report from Coindesk.

As an actively managed fund, it will be different from the “passive fare” that is currently offered by Galaxy Digital. By passive it meant the clients buy and hold Bitcoin through the fund without touching it themselves.

This makes JPMorgan the unlikeliest bank to offer something that is related to Bitcoin. Its CEO Jamie Dimon was a critic of Bitcoin and he belongs to the “blockchain, not Bitcoin” crowd.

This article is published on BitPinas: Tesla Sold Some Bitcoins (April 27, 2021)