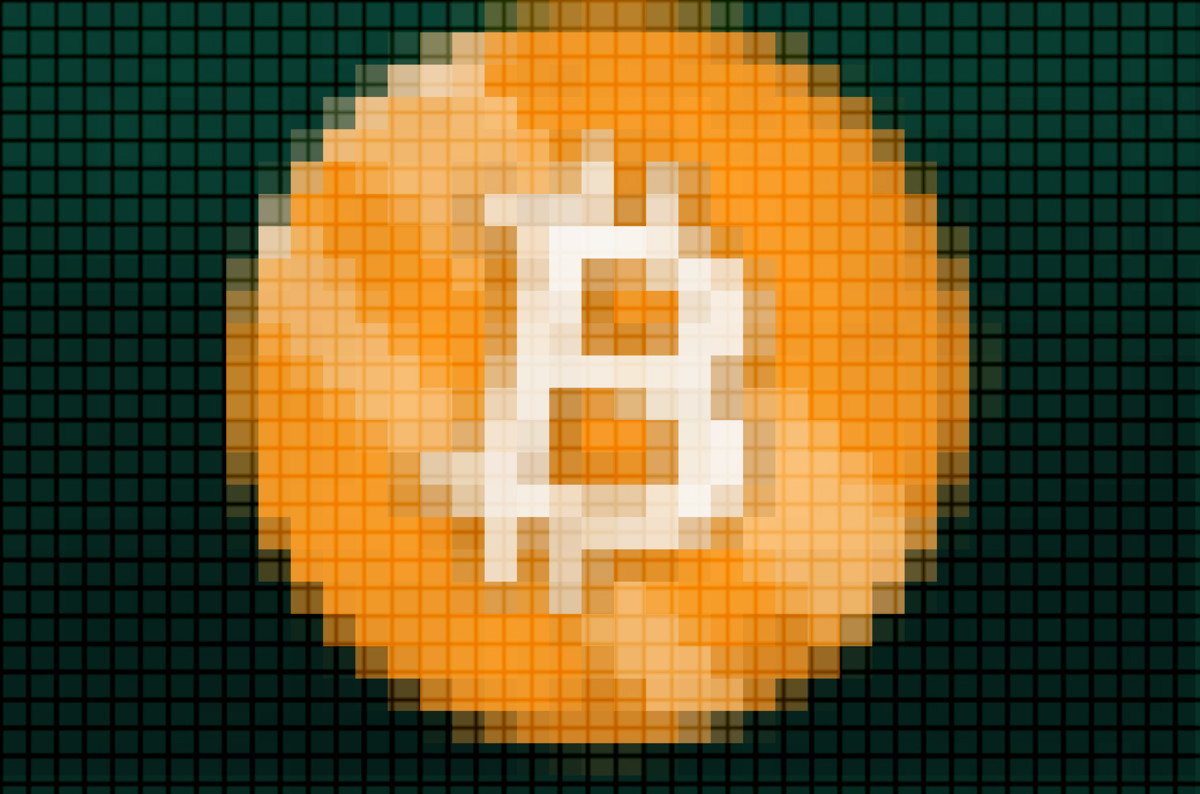 This is an open letter in response to your Reith lecture series on the BBC from December 2020, “How We Get What We Value.” This content now also appears largely represented in your book “Value(s): Building A Better World For All.”

In short — in order to help solve the huge issues of our time — three of which you succinctly summarised as credit, Covid, and climate, you argue that we need to realign those valuations which our economy constantly pitches on society.

I am not an economist. I write this as a bystander, not an expert. My experiences, personal and professional, encourage me to view developments over long time frames.

I don’t doubt the issues you raise, or your sincerity, in trying to address them. In my view, throughout your entire Reith lecture content there is an elephant in the room which you ignore, and yet is so fundamental to our well being as a society – a crisis of our own creation.

This is sound money, and we no longer have it.

You appear to recognize the very high time preference of society. You correctly state “If we value the present more than the future, we are less likely to make the necessary investments today to reduce risk tomorrow.” In the questions put to you in the lecture series, Camilla Cavendish also refers to the “tragedies of the horizon,” in having enormous implications for climate change — the inability to act now to protect our future.

What you conveniently ignore are central bank contributions to this, in the U.K. and other major developed nations, which are near absolute. Over many years the manipulation of government bond markets has driven the risk-free rate of interest of government debt to sit close to zero.

I understand the logic – all in the interests of chasing continued growth in gross domestic product and arguably protecting our economy. The central banks are acting as puppeteers of trillion-dollar fixed income markets, and their decisions are being made incrementally month by month.

What are the impacts? The economic signal to all participants for years now has been not to save, but to spend, to consume. And moreover, the message has been “Borrow to consume!” All forms of debt, be it sovereign, corporate, and private, have risen at eye-watering rates over the last decade, even before the pandemic. It is no wonder we live in an era of high time preference.

Individuals are not encouraged to save their dollars or pounds, moreover they also cannot count on them holding their value in the future if they do. George Osborne even commented as part of your lecture series “A pound is a pound.” I am not so sure. A pound is transferable by owner and is portable across distance, undoubtedly. But it is not portable over time.

Worryingly, the risk-free rate of interest signalled by sovereign debt markets forms the basis upon which ultimately all other assets are also priced. Necessary price signals to the market for pricing just about everything else are being severely manipulated and distorted. Ask yourself, “How can stock markets realistically sit higher now, than before the dawn of Covid-19?”

Economists can debate money velocity and find ways to justify the increases in M2 or other measures of money supply. They can also point to the very low levels of consumer price index (CPI) inflation (U.K. and equivalents elsewhere) over the last two decades as justification for central bank actions. I would argue this is woefully (and probably willfully) misleading as to the impacts on society of these central bank policies. The money created has resulted in inflation – asset price inflation – including real estate and equities, to name but two.

This especially matters as the distribution of these gains is unequal and massively skewed towards the wealthy. Ask yourself, “How easily can a current house owner in the North East of England, say, trade up to purchase a house in Hampstead in London?” Asset price inflation has huge implications for social mobility and intergenerational fairness. The underlying quantitative easing has many other impacts. For example, over the last two decades the cost of securing an annuity / guaranteed income for retirement — the cost to retire — has skyrocketed well beyond life expectancy improvements.

You cite good components of any society as being fairness between generations, in the distribution of income, and of life chances. Yet can you not see how your own policies whilst governor of the Bank of England have lit a fuse under asset price inflation, exacerbated social inequality, and driven debt and consumption at all costs?

The ruptures felt from these resulting inequalities have already manifested themselves. Make no mistake, these ruptures contributed to Brexit in the U.K.; they helped lead to Trump’s presidency in the U.S. Whilst the Covid pandemic has itself vastly increased the levels of both debt and broad money supply, it is only accelerating trends started decades ago.

If society cannot rely upon the soundness of the base money used to price everything else, how can they place the correct value on anything?

As an aside, I do believe that governments need to have significant leeway to adequately deal with Covid or similar crises. The Conservative MP Steve Baker asked a question as part of your lecture series which I viewed as disappointing, as he seemed concerned purely over the increasing political capacity for large government spending. Rather, I’d place weight on the longer-term impacts on sound money. The real problem of running large government deficits is our continuing slide into further monetary debasement to account for them. The cost is immeasurable, slow, and silent, but it is there.

Stephanie Kelton explains very clearly in her book “The Deficit Myth” that government debt and annual deficits need not be of primary concern to countries issuing their own currencies. This appears to me to be an incredibly dangerous long-term experiment being carried out in real time. It leads to persistent monetary debasement.

With the current increases in money supply and debt, it will be difficult to slow down — indeed the Bank of England has not managed any form of reversal of its policies instituted since the credit crunch around 2008. Currently, central bankers are not even “thinking about thinking about” raising interest rates. They don’t dare — any misplaced rhetoric in a speech by a central banker nowadays can send markets tumbling.

Granted, Kelton does not advocate for a free lunch, and identifies inflation as the main danger sign for overreaching.

There is a question around whether we will ever see this danger sign though until it is too late to restore the fabric of society. As Jeff Booth articulates in his book “The Price of Tomorrow,” we live in an era where technology is driving unprecedented levels of deflation. Deflation should, in a rational world, prove beneficial for all concerned. However it does not fit with the currently en vougue Keynesian economics mantra of debt and inflation at all costs.

This has played out for two decades or more, and it is possible the central banks will continue to struggle to stoke enough inflation to reduce the real value of existing debts. This is likely to accelerate once further technological progress relentlessly drives down the costs of energy, especially solar power.

Hence on one side we have the relentless impact of technology driving deflationary forces. On the other side we have skyrocketing debt and central bank policies attempting to stimulate GDP growth and inflate away the impact of this debt, but failing. This will not end well.

There is a quote widely attributed to John Maynard Keynes: “When the facts change, I change my mind. What do you do, sir?” My challenge to central bankers is that they are employing analogue policies for a digital age. Keynes would have changed his mind by now.

Let’s recap by trying to articulate the state of current government bond markets in simple terms.

The fate facing central bankers at present recalls the old Irish joke when asked for directions; “Well, sir, if I were you, I wouldn’t start from here.”

With that said, we can start by acknowledging the current dangers of the situation we are in: that time preference for society needs to be drastically lowered, and that unsound money is causing fractures and increasing social inequality and distorting the value we place on… everything.

I have an advantage of writing this letter as an unknown member of the public to the preeminent central banker of his generation. Though it may be ignored at the time, I can point to it if it is right and entirely forget it if it is mistaken. Only time will tell, but I fear history will not judge your Reith lectures or associated book kindly for completely skirting this ticking time bomb.

I will just say this. What if wider society were to discover a harder/sounder form of money? The first, and hence the only meaningful, manifestation of absolute, digital, scarcity? Immutable, decentralised, borderless, divisible, portable, and verifiable? The best performing asset over the last decade? A superior store of value which — viewed with a long lens and beyond the short term trading of speculators — will wholly preserve its value over time?

The minute you own even a small amount of bitcoin, you realise that you own a small percentage of a fixed and incorruptible overall number of the 21 million bitcoin that will ever exist. You immediately lower your time preference, since bitcoin will retain its purchasing power, as a proportion of the overall network. Immediately, this halts needless consumption. It embodies the polar opposite of our current addiction to debt, since it encourages saving, and debt is the opposite of saving. Everything else — all the problems you allude to, including tackling climate change — follow on from these fundamental shifts in mindset. Bitcoin just might help restore our sense of values in the world.

“A bitcoin is a bitcoin.”

Jeff Booth — The Price of Tomorrow.

This is a guest post by BitcoinActuary. Opinions expressed are entirely their own and do not necessarily reflect those of BTC Inc. or Bitcoin Magazine. 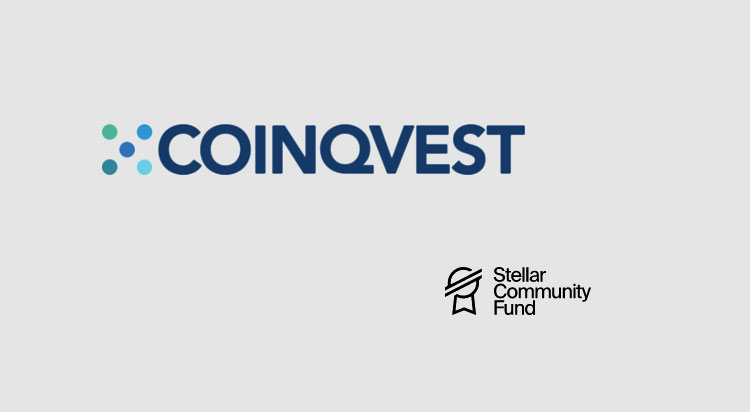