Since the creation of Bitcoin, many other cryptocurrencies have continued to spring up as adoption continues to heighten globally. Cryptocurrencies have continued to prove themselves as a store of value and attract investors into the Blockchain ecosystem. This phenomenon is normal, and investors have continued to flock around the space in a bid to enjoy high rewards. However, that growth has led to the creation of other Blockchain-related entities like Non-fungible tokens (NFTs), which have become popular. NFTs are unique and non-interchangeable data units stored on a digital ledger that uses blockchain technology to establish proof of ownership. They have become so popular recently, as Blockchain enterprises continue to innovate technologies to bolster their market. In this article, we will be looking at the fast-rising NFTmall crypto project.

NFTmall boasts as the first DeFi powered marketplace for NFTs. The NFT marketplace, powered by eCommerce, supports physically redeemable NFTs. According to its developers, the project creates a versatile space for many creatives to showcase their talents. The project also prides itself as the first Blockchain project to bridge the gap between mainstream and digital creatives. NFTmall has also provided users with an easy, sleek, and state-of-the-art interface to make their experience worth it. Apart from having attractive features, the NFT marketplace also provides creatives with immense opportunities to earn rewards. According to the developers, NFTmall also includes time-demanding features like Physically redeemable NFTs and future-themed features like NFTmall 3D. These are why the NFTmall project is one built considering the future and growth of NFTs. The NFT ecosystem, despite its growing popularity, remains a young and thriving ecosystem in the Cryptocurrency market. However, despite the limitations, the NFTmall project creates a level playing field for all interested parties in NFT.

What Is The Idea Behind The Project?

According to the whitepaper, the idea behind NFTmall was to equip both creators and their buyers with a decentralized marketplace. NFTmall also seems to eliminate the barriers between creators and buyers, providing them with a friendly marketplace. Equipping buyers and sellers in a marketplace with the right tools and support has consistently yielded positive results. This is why many crypto analysts project the NFTmall as the future of NFTs and the NFT marketplace. The technology behind NFTmall will also ensure that it will no longer compromise the quality of NFTs. This means that creators will only offer buyers top-notch quality NFTs and get considerable rewards in return.

Features And Advantage Of NFTmall

Carving a niche for itself as one of the best places to buy, sell and trade NFTs. Listed below are the feature that makes NFTmall a unique NFT marketplace.

The decentralized nature of NFTmall makes it the best place for both creatives and traders of NFTs. The project has eliminated every form of interference and third-party influence over users. This means that creators and buyers meet at a common ground to do business.

The accessible and non-complex features of NFTmall make it the best marketplace for creators and buyers of NFTs. Apart from being easy to use, creators are not expected to remit any money to the space. This is arguably the first NFT marketplace with such features, as NFT creators have continued to enjoy these vast rewards. NFTmall allows creators receive total royalties for their work without any form of a commission payment.

On NFTmall, creators are not alone in earning rewards, as users are eligible to earn via their affiliate marketing program. This program rewards users with a commission if they help sell their favorite creators’ NFTs. Users with immense sales abilities have continued to enjoy these benefits, as NFTmall ensures that everyone is rewarded.

NFTmall has incorporated a Google-like smart sorting engine into its platform that ensures that good creators get the most attention. The platform believes in reward for quality and ensures that quality NFTs are sold before the poor ones. Unfortunately, this mechanism might not be sufficient, as user interests are not stable. However, NFTmall will make it easier for creators with an excellent reputation to rank higher in search engine results.

GEM is the native and governance token of the NFTmall project. Holders of GEM can participate in voting and contest within the project. The token currently has a maximum supply of 20 million tokens, with 10% of it subjected to buyback and burn. Users who pay platform fees with GEM are eligible for a whopping 50% discount. About 30% of its total supply is dedicated to rewards traders at NFTmall, while 2% rewards liquidity providers. At the time of writing, GEM is the currency to bid on the weekly auction of NFT advertisement on NFTmall. The token is now live on Binance mainnet and listed on more than 452 exchanges. It is also available for pair trading on several exchanges like PancakeSwap, Bilaxy, and LAToken.

Why The Price Of GEM Soared?

Like every cryptocurrency, GEMs’ prices are dependent on the activities and progress of the project. According to its developers, there is still a lot of work in the NFTmall project, as it progresses gradually. One of its plans is to change the face of NFT trading globally. Since the last quarter of 2021, NFTmall has continued to delve into various successful projects to improve the NFT space. Fortunately, this has not left GEM behind, as it has become one of the gainers since the turn of 2022. This is evident in its market cap, which is now as high as $3,575,246. The token price has also surged by more than 31.7% in the last week, as 24hour trading volume hits $59,273. GEM currently trades around the $0.18 mark at the time of writing, representing a 9.6% increase in the last 24hours.

NFTmall is one of the Blockchain projects set to plummet the fortunes of NFTs in the future. The project is decentralized, user-friendly, and promises huge rewards for all. Creators and traders are not the only beneficiaries of the space, as users ( via affiliate marketing ) also earn. GEM is the governance token of NFTmall and has continued to witness an uprising of fortunes since Q4 2021. More is expected of GEM this year, as crypto analysts predict it as one of the most performing this year. 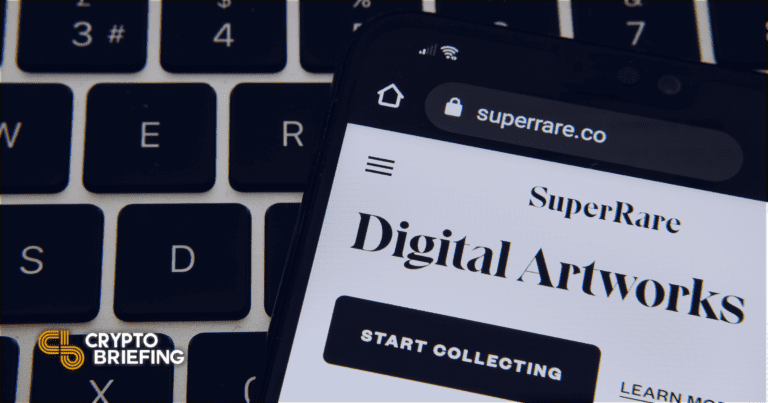