CBDC is much safer than fiat money because a national digital currency is much more difficult to forge or to utilize for the purpose of carrying out illegal acts.

The expression “cash rules the world” will cease to make any sense when digital currency becomes the norm in business deals all over the world, displacing paper notes and coins. Cryptocurrencies are gathering pace and the Z generation is already prepared to jump into the digital asset environment.

Money Will Never Be the Same Again

To support everything mentioned above, I’ll tell you about a recent survey that was conducted on 26th February – 10th March 2021 by The Harris Poll and Mastercard Global Foresights, Insights and Analytics. The report took into account the views of 15,569 users from 18 countries in 4 regions of the world. The goal of the research was to analyze consumers’ appetite for digital payments.

According to this survey, 40% of respondents in North and Latin America, the Caribbean, the Middle East and Asia-Pacific noted that they plan to use cryptocurrency as a means of payment in 2021. We should emphasize that the media in the Middle East and Africa is especially involved in conversations about cryptocurrencies: 67% of participants agree that they have become more open to cryptocurrency usage than before, 77% showed a big interest in learning more about digital assets and 75% confirmed that they would use cryptocurrencies as their main payment method if they understood the market better. Moreover, the results show that 93% of respondents indicated their desire to follow the new payment tendencies.

As you can see, the consumer appetite for the use of digital currencies is increasing. This has had a tremendous impact on both the global economy and the financial policies of countries.

CBDC (Central Bank Digital Currency) is the digital currency of central banks or virtual version of ordinary money; or put simply, the crypto version of a paper dollar. CBDCs are one of the leading trends that will define the future of money in the current decade and will most probably leave traditional fiat money behind. This new financial instrument attracted special attention at the beginning of 2020, instigated by a big-scale event in the financial world: The World Economic Forum in Davos, where the WEF issued tools for policymakers to create CBDCs. It triggered a new development in banking systems – a vigorous study of new digital assets and CBDC implementation testing.

It is important to note that the CBDC market unites 2 groups of financial tools: distributive and wholesale transactions.

CBDCs vs Cryptocurrencies: What’s the Difference and Why do States Need Them?

Let’s delve into the topic.

Central banks of countries cannot control decentralized cryptocurrencies (and by the way, they are very preoccupied with that), for example, Bitcoin, for which they have no say in coin emission, the process by which they spread, who uses them or what they are used for. Unlike cryptocurrencies, CBDCs will be issued under governmental authority. CBDC emission can function as a country’s central bank, which has national digital currency regulation instruments. CBDC circulation is centralized, implying that there is a single body that controls this market.

Furthermore, CBDC is much safer than fiat money because a national digital currency is much more difficult to forge or to utilize for the purpose of carrying out illegal acts. Nevertheless, many things depend on the technical realization of the asset; centralized coins have a greater degree of vulnerability than decentralized ones. However, if we compare the vulnerability of fiat with CBDC, there’s no doubt that the latter is more advantageous with regards to ensuring safe and legal transactions. Moreover, in the long run, national cryptocurrencies can significantly increase the level of access for different countries’ citizens to financial services, they can modernize the existing monetary system and update the payment systems of financial markets.

Another obvious advantage to the introduction of CBDCs is the counteraction against COVID-19. Under pandemic conditions, banknotes, as with any physical object, pose a potential threat for contagion. COVID is another factor that pushes the acceleration of state currencies’ digital-analog emission process.

CBDC Introduction: a Start Has Been Made

According to data from the Bank for International Settlements (BIS), 86% of central banks are actively researching the potential of CBDCs right now. We should also take a look at the report published by PwC in April 2021, in which it states that analysts have shown that the national cryptocurrency development market leaders are the Bahamas, Cambodia and China. At the moment, more than 60 central banks are already competing in the race to introduce CBDCs into their national banking systems. According to the data of Deloitte, 36 central banks are considering the possibility of using CBDCs for retail and wholesale trade, while 18 are considering the possibility of using CBDCs for retail only. At the same time, Japan, the US, the UK, China and Russia are launching programs and research projects to test national cryptocurrency usage in the near future.

CBDC’s five most mature wholesale projects to date include:

Speaking of the most advanced projects in the world, an important fact is that thanks to the desire to develop retail solutions, two promising projects have already been created. The projects in the Bahamas and Cambodia occupy 1st and 2nd place, respectively, in the list of most mature projects. So far, no wholesale CBCD project has been able to achieve such a high level of maturity.

To begin with, CBDCs are still getting up to speed. At the moment, some projects are already entering their implementation phase and trust me when I say, the others won’t make you wait too long. Institutional participation has also reinforced this trend. The Bank for International Settlements, the World Bank, the International Monetary Fund and the World Economic Forum are actively participating in research and testing preparations, which is significantly impacting reinforcement of the CBDC ecosystem in general.

Emerging economies will lead in CBDC retail projects. It is worth mentioning that these are the projects that will significantly expand the level of access for their countries’ citizens to financial services, as well as reducing the gap between those that do not use banking services and those that do. In contrast, CBDC’s wholesale financial instruments will prevail in the more developed countries that have well-established and stable inter-banking systems.

The cherry on the top: over 88% of CBDC projects that are in the development phase today are based on blockchain basic technology. This will significantly improve the functionality and viability of national cryptocurrencies from here on out, providing maximum safety of transactions, transparent audit performance procedures, while maintaining maximum confidentiality of personal data and also enabling greater compatibility between CBDCs and other digital assets.

The economic stimulus for digital currencies is gaining momentum worldwide and this is a fact that is indisputable. CBDCs backed by assets held in central banks’ balance sheets would allow money to be fully integrated into the emerging digital ecosystem of the future. The potential of national cryptocurrencies is enormous: speedier payments, more efficient handling and improved supply chain functionality. No less important is the fact that CBDCs will provide the missing links to the financial infrastructure that will enable participants to take the maximum possible advantage of tokenization opportunities. The modernization of the existing monetary system is undoubtedly gaining momentum. Countries will be actively testing CBDCs in the coming year and we will soon see some significant changes in the global economy system. Moreover, we are going to be direct participants of this process. Sounds promising, doesn’t it? 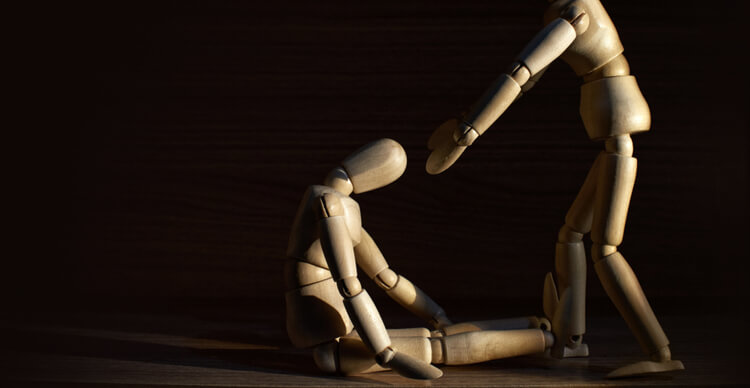