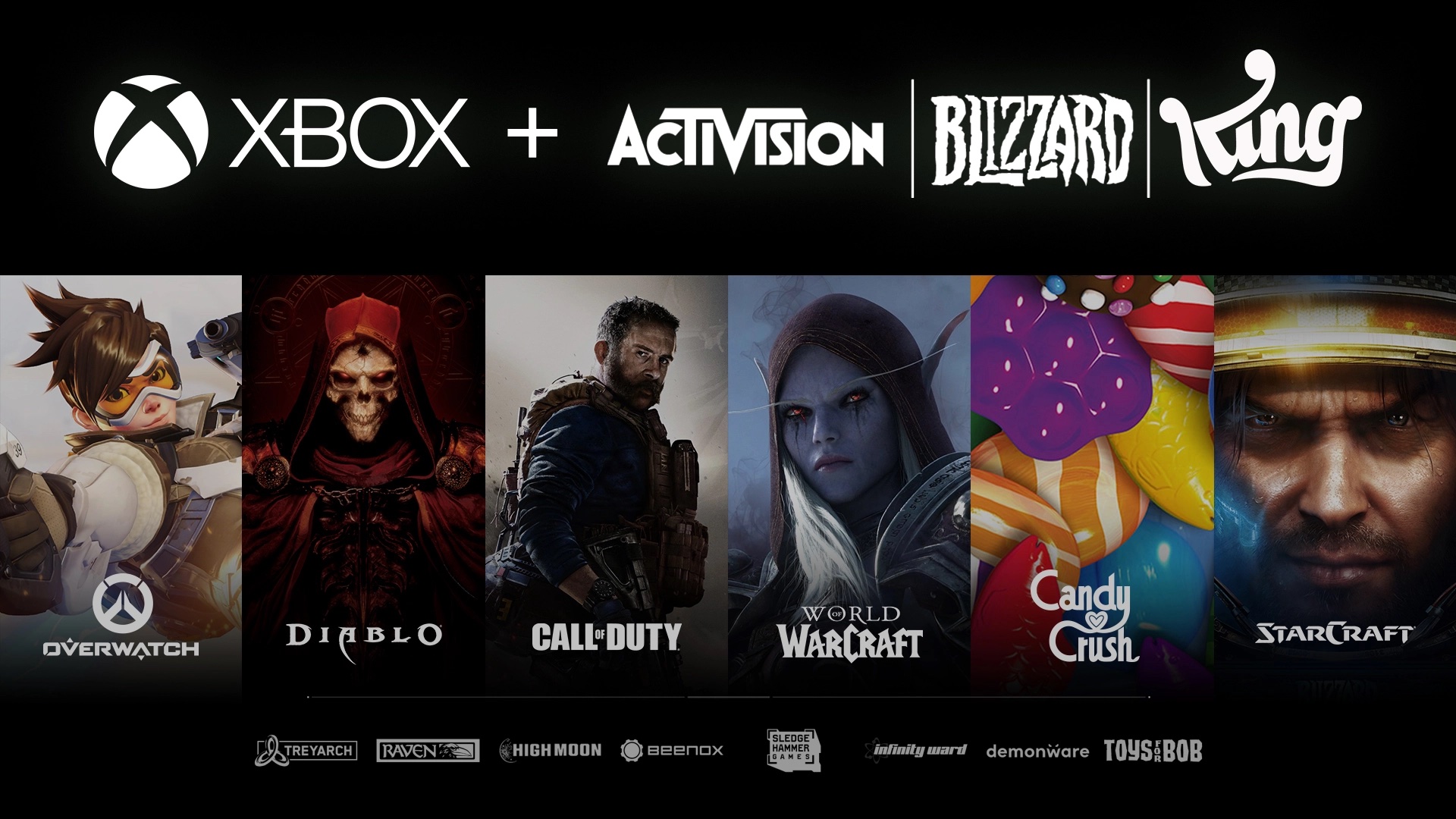 Microsoft is buying video games Activision Blizzard for $68.7 billion. If approved, the acquisition would bring together two giants of the video gaming world but may also have significant ramifications for the making, buying and selling of NFT sector.

The all-cash deal, which values Activision at $95 a share, is Microsoft’s biggest  ever. Activision shares are 28% higher on the news, while Microsoft’s slipped, down -0.39%, but off premarket lows.

Activision Blizzard is known for mega gaming franchises such as World of Warcraft and Call of Duty.

However, Activision has been mired by internal strife over what some say is a toxic company culture. Alleged sexist behaviour at the company has been running wild for years and has led to strike calls by some employees, with Activision CEO Bobby Kotick criticised for allowing the culture to develop unchecked.

Microsoft on Activision: “provide building blocks for the metaverse”

In a statement on Tuesday, Microsoft explicitly referenced the metaverse in its rationale for buying Activision: “This acquisition will accelerate the growth in Microsoft’s gaming business across mobile, PC, console and cloud and will provide building blocks for the metaverse.”

Microsoft’s business lines have expanded over the years beyond selling office software, and now includes a thriving cloud and gaming business in addition to its HoloLens 2 headset, laptop and tablet hardware products.

Activision has a long relationship with Microsoft’s Xbox console ecosystem and the purchase of the company will cement and deepen it.

From a crypto perspective, Microsoft’s metaverse focus, as it goes toe to toe with other Big Tech companies, notably Meta (owner of Facebook) but also Apple, may lead to synergetic developments in the non-fungible tokens (NFTs) arena.

NFTs have been taken up enthusiastically by a number of game studios such as Square ENIX and Ubisoft.

But the way the big video-gaming companies have introduced NFT technology has created a backlash among gamers, who see it as a crude grab for more revenue from players. Activision hasn’t revealed its hand as yet as far as NFT goes, so its purchase by Microsoft could change all that, with a new approach.

Microsoft’s XBox Live led the way in multiplayer gaming and was one of the key drivers of Call of Duty adoption with its ‘deathmatch’ feature, that went on to be integrated into many shooter games. A deathmatch is a multiplayer free-for-all where you have to kill as many of the oppositions characters as possible in a ‘frag’ fest.

Also the Xbox Game Pass could act as another vector for innovation. Game Pass is a subscription service that has proven popular and could point to a future where players increasingly subscribe for games that are delivered online, ending the queues at a bricks and mortar stores for the latest game to drop. In such a scenario, the interoperability and play to earn. features enabled by NFT could come into their own.

Sony Playstation has the largest market share in the video games console market, with 57% compared to XBox’s 42%. But back in 2012 Song Playstation had a 96% market share, so has been losing ground relentlessly since then.

What kind of metaverse? Microsoft Eyes Decentraland and Enjin?

Microsoft’s focus on the metaverse, was previously thought to be heavily focused on enterprise. However, the Activision acquisition is throwing down the gauntlet to others in the gaming industry but also to the like of Meta, the owner of Facebook, which has no gaming products.

Meta has indicated that NFTs are part of its vision for the metaverse. However the extent to which the virtual worlds of the metaverse become interoperable will could in the end depend on the technology and platforms with their roots in public blockchains. Worlds being built on Decentraland (MANA) and The Sandbox do not require cumbersome headsets, instead allowing users to explore worlds by adopting an avatar persona via a desktop computer.

Another crypto outfit heavily involved in the NFT and gaming space is Enjin (ENJ), which is pivoting to Polkadot in a smart move to leave behind the Ethereum chain and its expensive transaction prices and environmentally unsound mining that has angered gamers elsewhere.

Enjin Beam is a QR-powered blockchain asset distribution service that acts as a great tool for tracking in-game items across multiple games. Microsoft has had some involvement with Enjin and its Games division may be eyeing some of its innovative products, that make it easy for developers to integrate blockchain functionality into their games.

In February last year Microsoft and Enjin teamed up to bring cross-platform custom NFTs to Minecraft.

Which direction Microsoft and other Web 2 centralised companies decide to go – siloed metaverses or interoperable virtual worlds based on pubic decentralised networks – will become apparent sooner that may previously have been thought.

Today Coinbase and Mastercard announced a partnership that will allow users of the crypto exchange’s forthcoming NFT marketplace to use Mastercard credit and debit cards to buy NFTs without the need for a crypto wallet.

Your capital is at risk