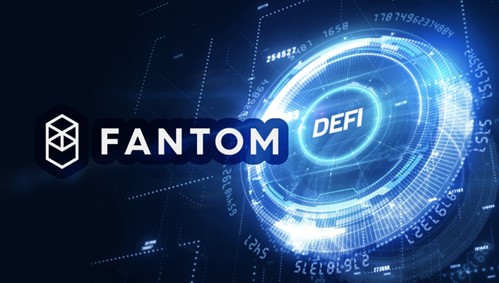 Fantom, a relatively new platform in the blockchain industry has been making headlines recently due to its recent surge in price and revolutionary network speed and performance.

The platform has undeniably been gaining traction and widespread support since the launch of their last upgrade set to improve transaction speeds that were already unparalleled by its competitors. Something that has helped this platform gain momentum is the amount of effort they have been putting towards gathering feedback about current popular blockchain technology by users and fellow platform projects, seeing where these platforms may be falling short and improving where they can.

Below, we go over some of the efforts that Fantom is putting towards helping improve the DeFi space.

A major factor that dissuades people from involving themselves in the cryptocurrency field can be financial barriers. People often see the higher transaction fees as a deterrent to adopt to the technology. The same can be seen in the prevalent themes across the media with articles pointing to exorbitant transaction fees on the Bitcoin and Ethereum networks. Blockchain enthusiasts share the belief that transaction fees are increasingly becoming a roadblock for potential users to start using blockchain.

It’s no secret that some top queries on search engines related to cryptocurrency are “why are crypto transaction fees so high?”, “why are Ethereum fees so high?” and so on. People aren’t joining the space, simply because they cannot possibly afford to pay the prices that are currently set for transactions; thus slowing the growth of the field.

But Fantom has been making rounds recently by being a platform that addressed these challenges through hosting the lowest transaction fees available in the cryptocurrency space, with transfers costing just a fraction of a cent. They manage time and efficiency while keeping the fee low through an aBFT consensus mechanism that allows efficient, low-cost transactions. These efforts to keep prices low without compromising on performance are to ensure that joining the cryptocurrency space is accessible to a wider public.

Diversification is key to growth for any market maker, and the Fantom Foundation prides itself upon breaking down the barriers that current decentralized lending protocols may be facing with the blockchains that they are operating on. Sushiswap, Curve, C.R.E.A.M. and more are choosing Fantom to deploy to because of Fantom’s proven record of great performance and scalability as a layer-1 blockchain.

Since Fantom is EVM compatible, Ethereum users can easily access Fantom and utilize the same address that they would on Ethereum. Any project built on Ethereum can be easily and quickly deployed to Fantom. The key difference is that on Fantom, these projects do not face the hefty transaction fees nor the overly saturated, slow network speeds that are associated with Ethereum.

Through sponsorship efforts led by Quantum FinTech Group from Abu Dhabi as a joint sponsor, Fantom is a current sponsor of Scuderia AlphaTauri driver Pierre Gasly for the 2021 Formula One™ racing season. This sponsorship deal has been reported on by distinguished publications such as Forbes, Entrepreneur and more. According to Statista, Formula One’s global audience in 2020 was 433 million viewers. The level of widespread exposure that the sponsorship will gain not only Fantom, but blockchains in general, is absolutely monumental for the DeFi space. This is essential to Fantom’s mission of attracting new users to blockchain in general.

Through breaking down barriers to access that would typically keep users from using blockchain and raising awareness of blockchain technology, Fantom is helping bring tons of new users to the cryptocurrency community while improving the existing technology in the space. Fantom is helping deliver both current and future blockchain users into a “more connected and efficient future” as noted upon their website through delivering on their goals as a company.

There is no better time to become involved with this leading company for the digital revolution.