A group of crypto art collectors made global headlines last month by placing a $525,000 winning bid for a promotional video about the crypto platform Uniswap  created by the fast-rising digital artist Pplpleasr. The artwork came in the form of the art-meets-tech medium du jour , the NFT , and the funds from the winning bid went to charity.
But while the purchase garnered plenty of publicity, few media outlets mentioned the novel social arrangement that made it possible: a decentralized autonomous organization or DAO . Thanks to this revolutionary organizing structure, a disparate group of more than 30 individuals—previously intent on outbidding each other—were able to rally around a social media call , organize funds and place the winning bid in a remarkably short period of time.

A DAO, in essence, is an organization that exists only as a set of smart contracts or rules enforced on the Ethereum blockchain. Historically, in the crypto industry, they’ve been used by groups big and small to manage protocol development, fund investments, or fulfill various other missions.
The non-hierarchical structure of DAOs has proved particularly popular when it comes to collaborative asset management. And now, with the help of the NFT boom, and proposed laws to increase their legitimacy, DAO proponents say they’re about to go mainstream.
Just this week, a group of 54 people who met in a Discord room formed a DAO (“BeetsDAO”) and pooled 300 ETH (more than $500,000) to buy four EulerBeats NFTs in an auction on OpenSea .
“DAOs are the perfect tool to manage these tokenized assets, this new trend—NFTs,” José Nuno Sousa Pinto, chief legal officer for Aragon , one of the first DAO-creation platforms, told Decrypt .

The LAO is even capable of incubating projects of its own. In March, it spawned another DAO, this time targeting institutions. Dubbed Neptune , it will focus on providing much-needed liquidity for DeFi and blockchain projects.
Wright observes that many of the people building DAOs have absorbed learned hard lessons about security and compliance. The LAO’s 68 members (it’s limited to 100) have been vetted to ensure they obey relevant know-your-customer and anti-money laundering laws. And, in the U.S., only accredited investors are eligible to join.
While the LAO seeks to be a model of regulatory compliance, it’s not always clear if other DAOs are being as mindful. This is particularly the case in the U.S., Wright says, where legal minefields abound, especially in relation to token projects that might be deemed to be securities.
However, “if you have a very flat, non-hierarchical organization, where ownership and decision making is very participatory, and all the information related to the organization is available, I, personally, make a strong argument that those interests should not be considered securities,” he added.
Wright has also helped to draft landmark legislation in the crypto-friendly state of Wyoming that seeks to clarify the status of DAOs. The bill recently passed a key hurdle in the state Senate. Last year, Wyoming also became the first state in the U.S. to issue a charter for crypto banks, and has already issued licenses to two: Kraken and Avanti.
bitcoin, bubble, markets
If enacted, the new bill will grant DAOs the legal personality currently enjoyed by traditional corporations. “It should let a million—if not a billion—DAOs blossom,” said Wright. “It still takes a lot of work to set one of these up lawfully,” he explained.
In fact, Wyoming is not the first place to moot giving a legal personality to DAOs . Malta began the process in 2019.
The Maltese efforts, however, have been criticized by entrepreneurs. The legislation is overly complicated, they say, and too much responsibility is vested in a manager, which is contrary to the spirit of a DAO. But Malta was first to lay the ground, and further amendments could grant DAOs legal personality and reduce the responsibility placed on managers.
But not everyone is in favor of such legislation. Preston Byrne, a partner at Anderson Kill Law, warned that it could be usurped “by token hawkers to justify selling “shitcoins and half-baked code.”
He called for Wyoming to scrap its bill and claimed—having experimented with legal DAOs, as early as 2013—that the concept is unworkable and fraught with dangers. In any case, the impact of Wyoming’s initiatives could be limited given the state’s small population, minimal ties to the financial industry, and the fact that federal securities laws are paramount in the U.S.
“We Can DAO it”
There are similarities between fundraising or venture DAOs and ICOs . Commentators have even theorized that, had it not been for the disaster that befell the original DAO, Ethereum projects would have embraced DAOs as a fundraising tool much earlier.
Unlike the LAO or MetaCartel Ventures, which restrict who can participate, fundraising platform DuckDAO allows anyone who holds its token to invest in early-stage startups, and members are encouraged to help with aspects such as user acquisition and marketing for the projects the DAO has funded, which include NFT platform Bondly and synthetic crypto-asset Base Protocol.
“Web 3.0 projects need support in the long term.”
DAOs such as DuckDAO and DAO Maker also operate public token sales. DAO Maker’s fundraising initiative, the refundable Strong Holder Offering (rSHO) was endorsed by Maltese regulators in February. The project identifies applicants who are likely to become long-term token holders, and thus valuable community members, through chain analysis and scanning their wallet addresses for a history of positive behavior. VAIOT , a startup that develops AI-powered services for businesses, chose the rSHO as its fundraising method because it complied with Maltese legislation.
“As we were the first project regulated in Malta, we’ve actually cleared the trail for other projects and proven that you can benefit from both strict regulatory frameworks and innovative, customer-oriented sales processes,” Christoph Surgowt, CEO of VAIOT, told Decrypt .
In Asia too, enthusiasm for DeFi and DAOs is growing. Fracton Ventures, a Japanese startup, is keen to emulate the success of MetaCartel and the LAO. Its founders—Toshi Kamei, Naoki Akazawa, and Yudai Suzuki—are working to bolster the DAO ecosystem initially through establishing links with Web 3.0 startups and Asian institutional investors, allowing them to tap into the vibrant DeFi space. “We can DAO it,” their slogan says. A graphic prepared by Fracton depicts the progression of decentralized projects like this:
Fracton plans to involve corporate investors in venture DAOs. Image: Fracton.
Currently, almost all investment DAOs are in North America, said Suzuki. There’s a lot of interest in Asia, but people don’t find it easy to tap into the networks that are forming in the US, in part because of the language barrier.
The Fracton trio is acutely aware of the long-term funding issues faced by young startups. Kamei was previously a producer and investor at Mistletoe , the social impact fund led by Taizo Son—brother of SoftBank founder Masayoshi Son. He believes that VC funding goals are often not well aligned. “Web 3.0 projects need support in the long term. We think a Web 3.0-specific investment model will fit in these spaces,” he said.
A DAO for every occasion
These days, DAOs are not exclusive to Ethereum. Dora Factory, which is part of the Polkadot ecosystem, is building an open infrastructure for DAOs using the network’s own suite of tools. It closed its first funding round in February.
But, as the NFT craze (or bubble) reaches its peak, it’s the DAOs that have formed around NFTs that have been getting attention.

the future of art collectives is DAO’s. guppies will be outbid by orgs. you will buy “shares” of an ethos instead of individually bidding. no one will be able to beat art DAO’s. this is just the beginning
— jamis.eth (@_jamiis) March 27, 2021

The PplpleasrDAO, which was formed for the express purpose of winning the Pplpleasr artwork, has since bought three more of the artist’s works and plans to continue investing .
It’s not, however, the first DAO devoted to NFTs. FlamingoDAO  is a LAO project formed in October 2020. It already has $10 million in pooled funds, 40 members, and has acquired around 6-700 NFTs, including NBA Top Shot cards, and a rare CryptoPunk , according to Wright.
The LAO plans to spawn more DAOs in the near future. “Our broad vision is this: Silicon Valley should not be a highway in California. It should be a network of investment vehicles, primarily backed by the communities that create innovation,” said Wright.
And there’s no reason to think other types of organizations can’t be DAOs. There is already a writers’ DAO, mirror.xyz , which is getting increasing attention (we’ve noticed, guys.) It has a regular $WRITE RACE , a weekly showdown between writers who want to join, and the community votes for the writers they want to see on the platform.
Different types of projects will join LAOs and DAOs. Image: OpenLaw
Meanwhile, Decrypt recently created its own NFTs and launched its own token to reward reader engagement. According to Sousa Pinto, a DAO could be a useful means of engaging readers, while also deploying the very tools Decrypt writes about on a daily basis. “Voting would be the essence of the participation,” he emphasized. “Voting is the new ‘like’.”
Sousa Pinto believes that, after the tokenization of assets, the next trend will be the tokenization of companies. But this won’t involve regular shares. Instead, there will be tokens, which can be traded on different markets, and which correspond to different types of participation—or stakes—in the company. “That’s very important because it gives engagement,” he said.
Yearn Finance Creator Introduces DAO Payroll System
Amid the renewed interest, developers have introduced DAO-specific tools, such as decentralized automated payroll systems , to serves as HR departments, and ensure contributors’ efforts are rewarded.
But all this enthusiasm is not shared by everyone. The MIT Technology Review considers the idea of entrusting the masses with important financial decisions a bad one, that isn’t likely to yield returns. They say that many things will have to change for DAO-related projects to succeed on any scale.
And scale is also a problem for Ethereum, including the high fees which are a barrier to DAO development. To counter this, projects such as Metis are building so-called Layer 2 solutions, while others maintain that transacting on-chain should be reserved for necessities, such as asset transfers and decisions affecting security.
DAOs are still small in terms of assets under management. Image: DeepDAO
In the broader picture, DAOs may overcome many deficiencies—governance and otherwise—inherent to conventional organizations. But DAOs still have plenty of issues of their own that must be addressed, such as simplifying voting procedures and reducing the overall complexity of governance mechanics.
Finally, for now, DAOs are just a fledgling niche in the broader world of crypto and finance—indeed, the top DAOs still have only $931 million in assets under management, according to analytics tracker DeepDAO . But they are fast attracting new converts as, already, more than 65,000 people are serving as DAO members. Whether they’re interested in owning a fraction of a high-profile NFT, a Decrypt article or a place at a massive, virtual boardroom—their ranks are growing at a rate of 400 per week.
Main image: Fracton Ventures 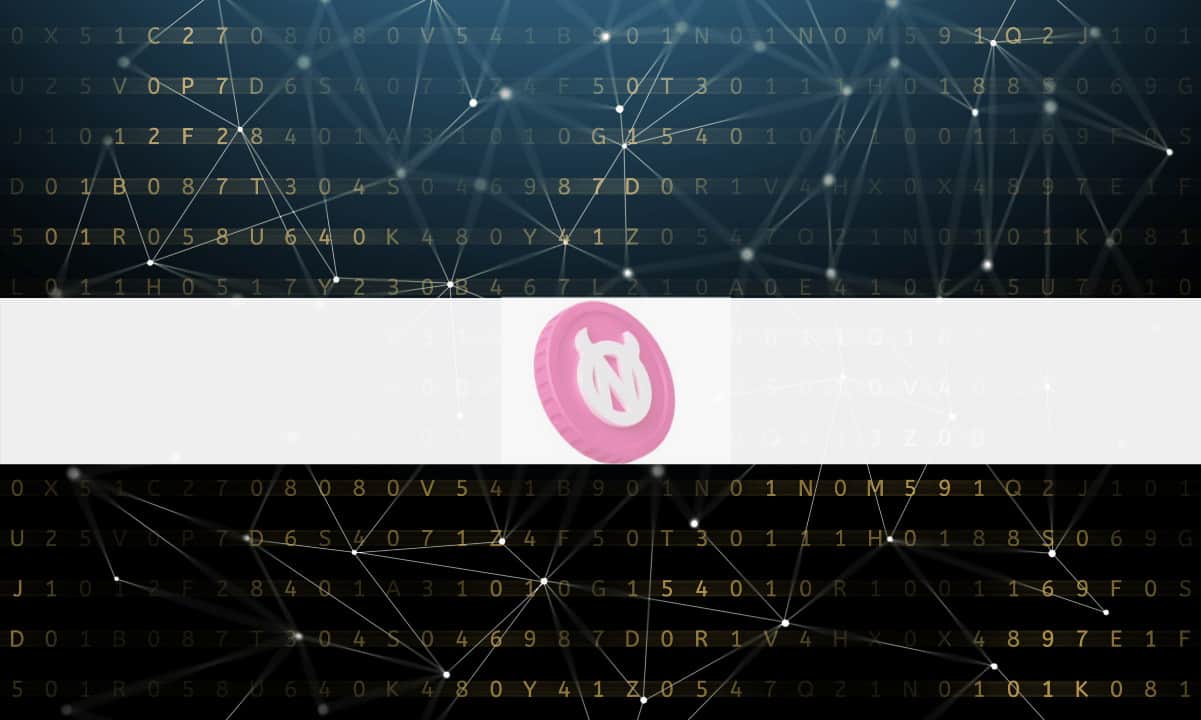