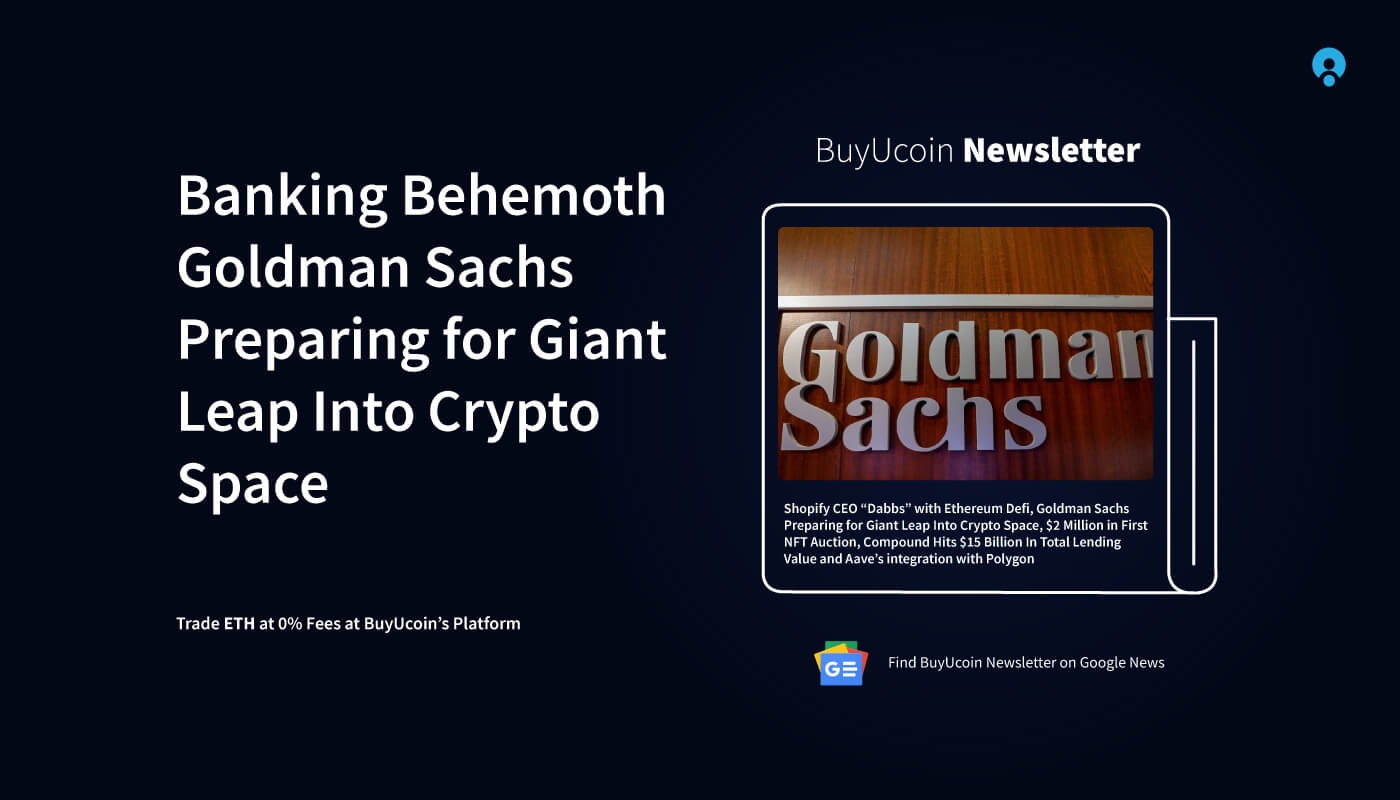 Via his Twitter handle, the CEO of subscription-based retail platform Shopify Tobi Lutke revealed that he has started “dabbling” with Ethereum. Specifically, Lutke stated that he has explored the decentralized finance sector and smart contracts on Ethereum for this purpose.

Goldman Sachs is reportedly preparing to issue its first investment channels for Bitcoin (BTC) and other crypto assets by the second quarter of 2021. The Wall Street behemoth plans to offer the financial product to clients in its private wealth management group that targets high-net-worth individuals, families, and endowments with at least $25 million to invest, according to CNBC.

The Weeknd Raises Over $2 Million in First NFT Auction

The Weeknd is the latest pop superstar to leverage NFT technology as a way of releasing new music. His first collection just raised $2.29 million. The Weeknd has minted his first NFT collection, raising $2.29 million in sales. The collection featured previously unreleased music by The Weeknd. A token featuring a full song sold for $490,000.

Compound dominates the Defi market with about 19% of the value locked up in Defi—$9.24 billion out of a total of $48.75 billion.

Aave has announced integration with Ethereum’s sidechain Polygon. Aiming to provide alternatives for Defi applications to be used by everyone, the implementation will allow users to leverage “nearly-free” transactions. With a “nascent ecosystem” composed of a protocol such as Quickswap and Aavegotchi, Polygon is connected to Chainlink oracle service. Therefore, the information that will feed into the Aave protocol will be secured.