Skip to Content
Home NFT Gaming Revival: How Blockchain and WebGL Technology Could Could Write the Future of the Gaming Industry 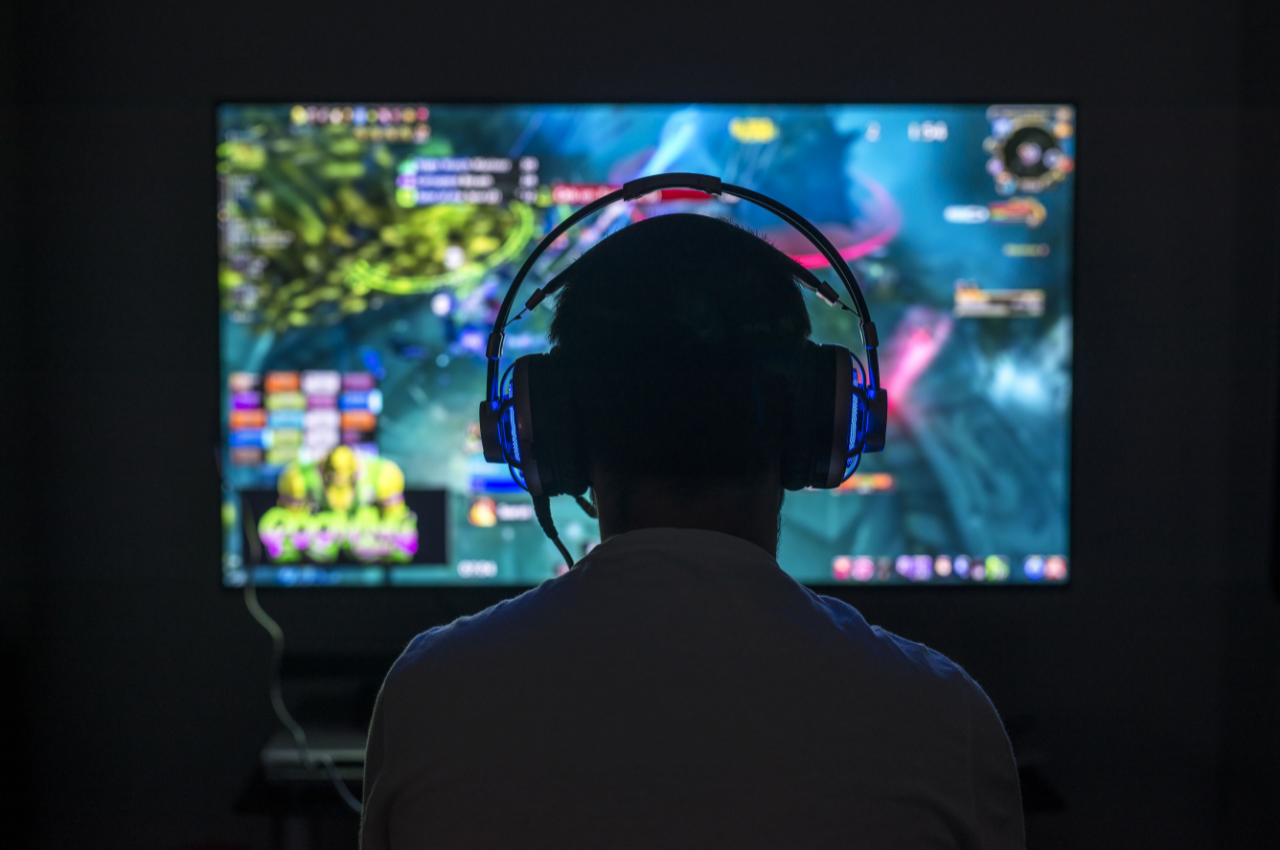 The gaming industry as we know it today is living out its last days. The introduction of blockchain has shifted the gaming paradigm from pay-to-play to play-to-earn, creating a transparent market of in-game items and new touchpoints between players. At the same time, the rapid development of cloud and computing technologies and consumer demand for more one-click, on-the-go services are completely changing the approach to game development and applied technologies. In 5 to 7 years, when integrated graphics are no longer inferior to discrete graphics in terms of performance and efficiency and when internet speeds smash current records, the idea of paying for a game with a download size of around 95 GB will seem insane. 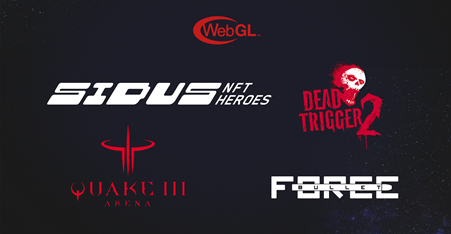 The future of the gaming industry belongs to blockchain, cloud and streaming technologies that can immerse users in an entire metaverse, in a matter of seconds, with minimal effort on the part of the user. Some game development companies are writing about this future today. SIDUS HEROES is developing an AAA-level, NFT and RPG game, applying WebGL technology to it, which is something that’s never been done on this scale before, to create a new generation of gaming. The team is integrating WebGL capabilities into its tests, hoping to prove that this technology is capable of revolutionizing the gaming industry.

WebGL is utilized for rendering interactive 3D graphics within compatible web browsers without the need for additional plugins or instruments. The technology is compatible with Unreal Engine 5 and supports high-quality 3D art and a high-efficiency engine. WebGL has been actively used since 2006, but its application has been limited to a small handful of use cases. For example, WebGL is used by Google Maps’ ‘Terrain’ view to display 3D modules better. The developers refrained from building the whole website on WebGL, not realizing its transformative power.

SIDUS HEROES is the first ever blockchain game that is fully built within the WebGL space. This decision gives the game’s developers a lot of room to experiment and brings multiple benefits to the end-users, making the gameplay interactive, immersive and accessible.

Accessibility Coupled with High-Quality Graphics and Other Benefits of WebGL

By using WebGL in the game’s architecture, developers have made it accessible through a browser in a single click. To start playing, users just type in the game URL and press ‘PLAY’, no need to download an application onto their Android, iOS, PC or Mac. All subsequent benefits stem from this characteristic.

No Downloads or Updates

SIDUS HEROES and any other game built on WebGL is accessed via a browser, meaning the user doesn’t need to think about storage on their device or bother with application updates. The content is streamed to their device from the moment they enter the game. If the team releases an update, adds a new gaming scene or fixes some bugs, players automatically and immediately enjoy all the latest improvements. 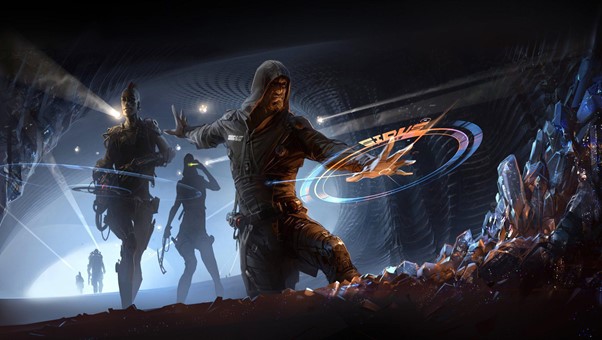 It eradicates the time players spend downloading new game content and frees up space on their devices. To run the upcoming Halo Infinite, a user needs to have a device that complies with multiple specs. It must have 16GB of memory and 50GB of HDD storage. Long drawing distances and high levels of detailization naturally overload a computer. Whereas, to compete in the SIDUS Battle Arena, users don’t need to provide any storage at all. They can just enjoy the gameplay without compromising resolution quality or having to delete other data from their computer or phone.

Thus, the metaverse of WebGL games can take up as much space as it needs and there’s no end to it. The only true limit is the server capacity and the imagination of developers. It enables games to be created with endless scenarios and an ever-expanding, dynamic landscape. At this point in the SIDUS HEROES storyboard, there are 12 blockchain-races, all their planetary systems and an independent city of SIDUS. As plot development isn’t affected by the storage issue, in 2-3 years, we may see races merge, players discover new comets and new inhabitants of the universe stepping onto the stage. 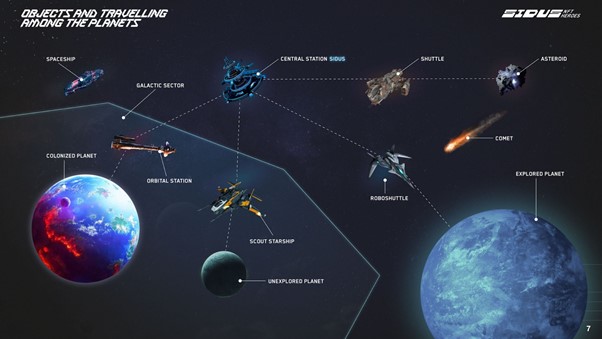 A good gaming setup is a flex in the gaming community: monitor, keyboard, controller, headset, a computer able to handle high-quality graphics-intensive games, accessories to match the aesthetics and complete the experience. The full gaming setup can end up costing thousands and the user’s experience will be filtered through the equipment they choose. Some games come only in PC version, while others are designed for a console. Then, with time, players have to upgrade their expensive hardware or console to get access to new generations of games.

WebGL games are accessible on the devices players already own – a phone or a PC. No matter what device or platform is used, the game starts up anywhere as long as it has access to the internet. WebGL opens up gaming to players who cannot afford to splurge on heavy consoles or upgrade their set up every time a new game pops up.

Games like SIDUS HEROES will even be available on devices that are considered in the world of gaming to be artifacts, belonging only in a museum, like the iPhone 7 or 8. The SIDUS development team spent years becoming proficient at WebGL and figuring out all the nuances so that it could launch its game on any device, browser or operating system. The game now covers 60-70% of devices.

Only game developers or people familiar with mobile development will understand how valuable this benefit is. Whether a company creates a game for Sony, PlayStation, a mobile app for iOS or Android, it always has to conform to that platform’s application guidelines.

Apple, for example, is known for its arduous application approval and listing process. The guidelines cover hundreds of rules and the process takes anywhere from 7 days to several months. Approval is required for an apps’ first listing and for each subsequent update. If a game’s developers decide to add some plot twists or new battle scenarios, they must align their development to App Store’s requirements.

Development for a specific platform also imposes limitations on the business model. Mobile games built for iOS have to route all transactions through Apple’s in-app purchasing system. The company also has rules for crypto apps and restricts incentivization by prohibiting certain actions with crypto.

By building a game on WebGL, developers have full control of the process and can focus their attention on different kinds of browsers, screen resolutions and operating systems. There’s no third party to dictate what business model a game should follow or to supervise every product update. It also eliminates the likelihood of a game being rejected by anyone except the audience or for not managing to hit a certain timeline. WebGL gives developers the freedom to build an app of their own choosing and enables players to interact with the game the way they would want.

Challenges: Why We Don’t See That Many WebGL Games

Considering all the benefits of WebGL game development, why is SIDUS HEROES the first-ever game to be launched on this technology? And what other teams interested in WebGL should be aware of?

Although the technology came out in the early 2000s and has been used ever since, WebGL and the frameworks and libraries used to work with it (e.g. Three.js and Babylon.js) lack proper tutorials, guidelines and how-to’s. Developers have to wade through 6,000-page documentation and experience everything for themselves. In the beginning, even the easiest task takes plenty of time to learn and it requires true dedication with a sufficient level of enthusiasm to get to a comfortable point. 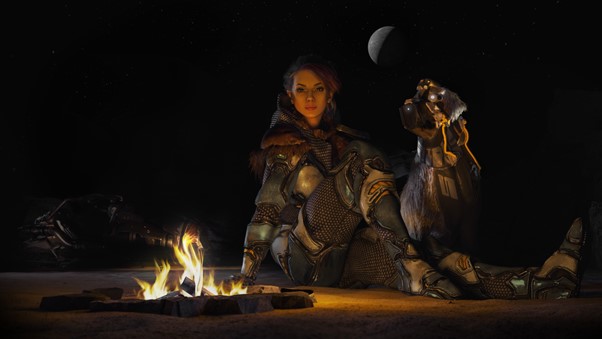 The SIDUS HEROES team spent 3 years learning to master WebGL, so it could create the whole game (not just a single module) with high-quality 3D graphics, detailed customization and carefully thought-through gameplay on WebGL. The developers adjusted their approach to the technology and how they applied it to resolve a number of scientific problems. For example, how can better compression of 3D graphics be achieved so that loading time is faster?

The SIDUS HEROES team has united a large number of experts in the field of WebGL and WebGPU development, web animation and game development. They have created a universal wave function algorithm on WebGL and its associated algorithms for the movement of bots in WebGL using shader animation.

Game development on WebGL requires extensive knowledge of JS and 3D software. It pushes the development team into very close collaboration with 3D artists and other specialists working on the project. Only through fluid cooperation is the team able to speed up the development process and resolve tasks that overlap two different domains, for example, converting 3D geometry to 3D on the site.

The SIDUS HEROES development team has overcome the difficulties presented by the use of WebGL technology and continues to come up with new solutions that further elevate the quality of the graphics and enhance the immersive effect of the game. SIDUS HEROES has already released a demo version at sidusheroes.com. The demo game is enough to get a taste of WebGL’s capabilities and gives players a glimpse into what the team has prepared for them. The full potential of this technology will be unleashed with the official launch of the game.