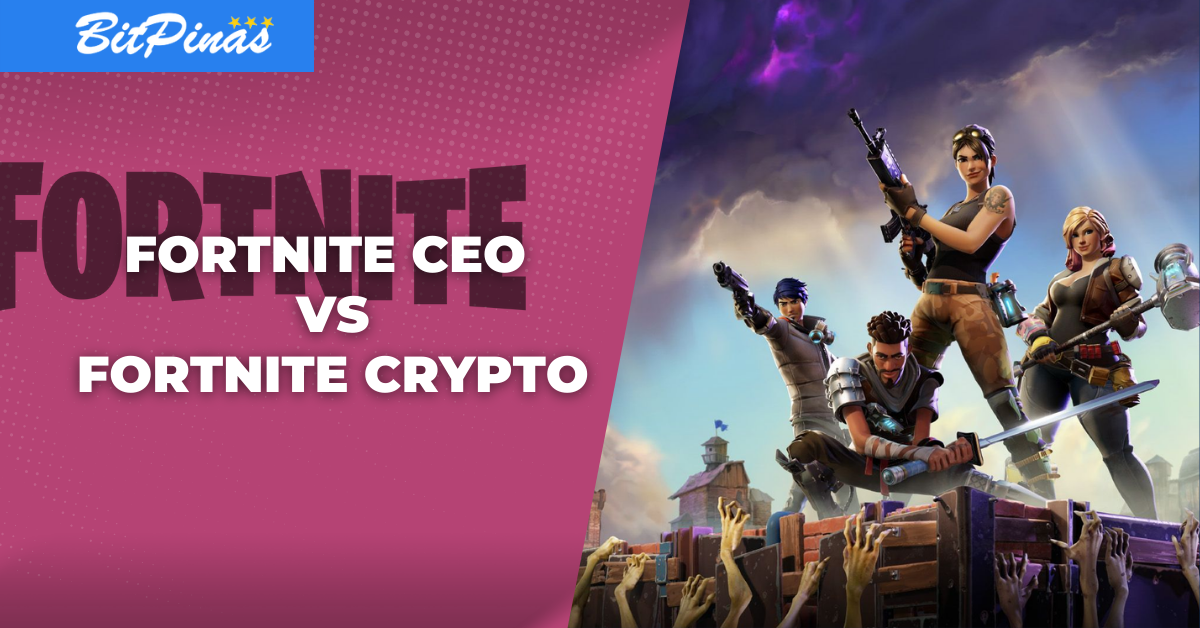 Sweeney was referring to a project called “Fortnite Token,” that claimed to be a crypto project created by fans of Fortnite.

“That’s not how trademarks and copyrights work though. You can’t use the Fortnite name and images without permission to market an unrelated product,” replied Sweeney.

Epic Games launched Fortnite last 2017 as a free-to-play multiplayer shooter game with numerous game modes for every type of game player. The available game modes are Battle Royale, Zero Build (No-build Battle Royale), the community-made games in Creative, and Save the World.

Last year, Sweeney tweeted that Epic Games welcomes games that support NFTs to have their own NFT transactions directly with customers on the Epic Games Store.

After then, Gala Games closed a partnership deal with Epic Games, where Gala Games’ GRIT, also a multiplayer game, will be the first game to incorporate NFTs on the Epic Games Store.

“Epic’s lawyers are on it. Also, shame on the cryptocurrency marketplaces that enable this kind of thing,” the CEO concluded.

Before 2021 ended, an almost identical scenario happened where Squid Token was mistakenly thought to be the official token of a Netflix series named “Squid Game.”

But when the coin’s value went to the moon, developers suddenly took all profit, pulling its value down to zero in just seconds.