Financial journalist. I’ve been covering financial markets since 2005. Cryptocurrency writer since 2016. Love cooking, reading and spending time with my dogs.

Another sphere disrupted by blockchain technology is Service-level agreement (aka SLA). This type of agreement is used to regulate the responsibilities of service providers — in most cases, it relates to telecom sphere and IT companies. DSLA Protocol was created by Stacktical to address the issues associated with SLA. At times the agreements get violated — the networks operate with longer delays, the connection isn’t that stable, and the support is not available in time. All these problems cause the losses on the clients’ side. DSLA Protocol is aimed at offsetting the damages of the DeFi platforms users while incentivizing the recovery of the network’s normal performance. This goal is achieved via the automated decentralized framework. DSLA Protocol is supposed to be an alternative to SLA contracts as we know them today.

What is DSLA Protocol?

DSLA Protocol is a framework that can be applied to the customers’ platforms and applications to manage risks. More than that, the protocol is capable of executing parametric insurance of the network/app operations.

Modern-day technologies help enterprises to deliver online services to thousands and millions of users that perform actions simultaneously. Unfortunately, in many cases it turns out that technologies are not good enough to provide seamless and smooth operation. For example, in early 2021 there were cases when the Dogecoin hype forced several cryptocurrency trading platforms to cease their work for a while due to the overload. As trading is straightforwardly associated with profit and money, such service failures resulted in losses suffered by traders.

Scalability issues, low capacity, bugs, and inability to predict the demand spikes create risks for IT services users and routine work for the platform’s staff. The companies deliver service-level agreements but they cannot live up to them to the fullest. DSLA is supposed to help the service providers to improve their reliability and working abilities and insure their customers from losses via a decentralized solution. 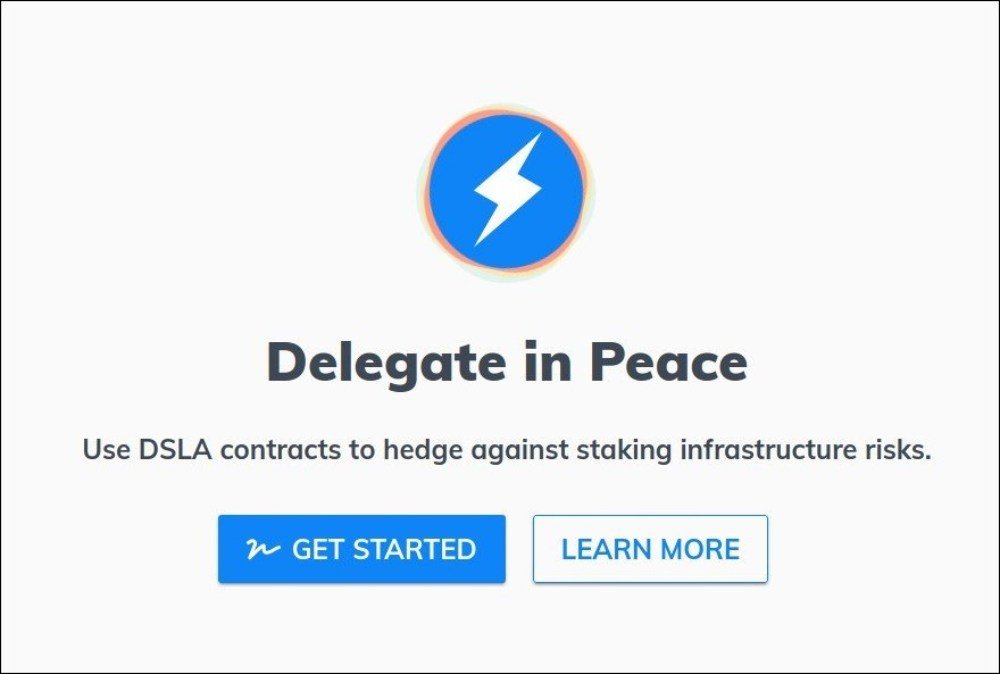 The Stacktical website notes that we heavily rely on the third party services which exposes us to multiple risks. Moreover, managing these risks is getting harder. Stacktical notes that choosing a service is hard as all of them tend to name similar performance and capabilities while self-advertising. Additionally, the level of the legal expertise of most users (as well as users’ resources) prevent them from getting fair conditions guarantees from the providers. Moreover, legal arguments with the service providers following the SLA violations are a tough task for most people. Many of them don’t feel eager to fight with negligent companies in courts even after losing much money because of the providers’ failures. Stacktical is going to solve all these problems via their product, a DSLA Protocol.

DSLA Protocol will provide users with the ability to verify the real capabilities of the providers. This data will be stored in the censor-proof form in the distributed ledger. The DSLA platform is peer-to-peer. The users will be able to form the liquidity pools and hedges to safeguard themselves from the risks coming from markets and infrastructure failures. DSLA Protocol will make it possible to monitor the quality of the services and channel the insurance payouts in the cases of downtime or other service issues.

What’s more interesting is that the companies whose services meet the standards claimed in their service-level agreements, will have the opportunity to request bonuses from the agreement’s liquidity pool. The same pool is used to compensate the clients’ losses if the services perform under the grade they guarantee in their SLAs.

The network can be accessed via the DSLA mobile decentralized app in which users can hedge against crypto coins staking and DeFi and NFT market & infrastructure risks. The Dapp is based on Ethereum.

As the DSLA system deals with financial operations it has its currency. It opens access to the paid features and serves as a stimulus. The network is powered by the ERC20 utility token called DSLA. The total supply is set at 7 billion tokens most of which are already in circulation. The amount of tokens will be decreasing gradually as they will be exposed to the native burn procedure periodically.

The company is planning to integrate DSLA token to multiple other blockchain ecosystems so it won’t be limited by the ERC20 characteristics. The coin will be bridged with the other networks or used in a wrapped asset form. The company’s goal is to set the connection with numerous blockchains to make DSLAs available for as many people as possible.

As of March 17, 2021, the token is traded on a number of centralized and decentralized exchanges including Uniswap, ProBit, STEX, 0x Protocol, Balancer, and others. Currently the all time high for DSLA token is $0.008. Since the spring 2020, there were two prominent price spikes of DSLA — in August, 2020, when the price increased nearly 10 times. After a short period of relative stability the price began to climb in December 2020 and skyrocketed in March 2021 gaining 300% in less than two weeks.

The DSLA Protocol team members are working closely with other blockchain-based services that use a Proof-of-Stake consensus algorithm or work as the staking pool. The DSLA Protocol’s work ensures that the customers of these services will get a quality service or will get the offsets. So the Proof-of-Stake delegators will be able to decrease the risks. At the same time, the services will be incentivized to work as good as they can as they will receive the bonuses from the liquidity pools. Among the platforms that DSLA Protocol is going to work with there are such brands as Cosmos (ATOM), Polkadot (DOT), Harmony (ONE), Tezos (XTZ), Avalanche (AVAX), Oasis (ROSE), Elrond Network (eGLD), and Band Protocol (BAND). Additionally, DSLA contracts will be used for hedging against impermanent loss in multiple DeFi protocols. Crypto liquidity providers and those who want to invest in digital art items will be able to use DSLA protocol to work with Non-Fungible Tokens, Automated Market Maker, and other protocols. Currently, Stacktical is working to create connectivity between DSLA protocol and Uniswap and Opensea. 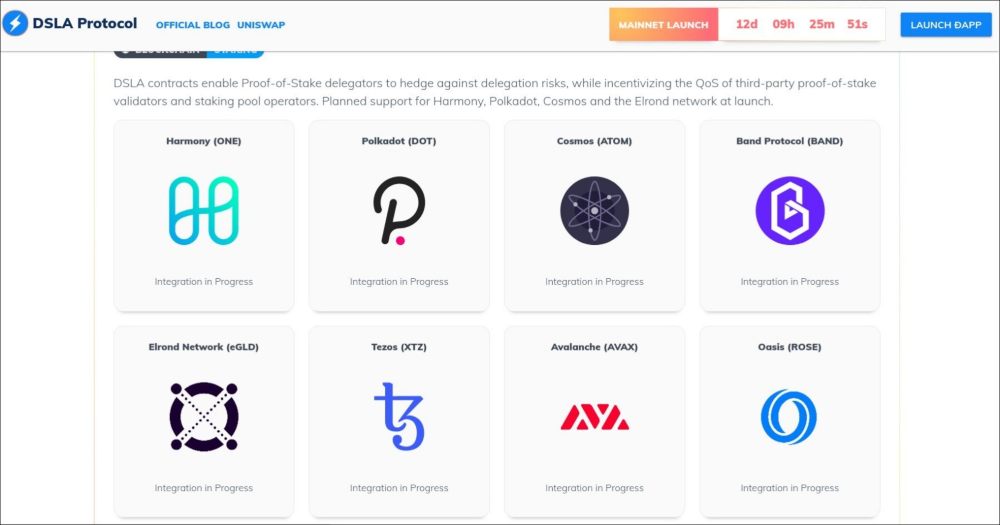 Other use cases of DSLA Protocol are possible in different types of governance. For instance, with DSLA Protocol people will be able to hedge against line 2 infrastructural risks. This will stimulate companies to improve their services’ quality. In the cloud computing sphere DSLA Protocol can be used to protect users from losses associated with downtime issues and problems with connection and performance. The Internet providers customers can use DSLA to hedge against troubled ISP connectivity, performance issues, and availability risks. The same goes to those who use G5 networks. Spacenet users can ensure themselves from potential Space ISP connectivity issues through DSLA contracts. Also, DSLA contracts are applicable for environmental protection. The environmental policies of the companies and the Air Quality can be regulated via the parametric taxation stimulation. Another sphere of the DSLA application is logistics. Contracts can be used to incentivize the better service of the supply chains, airport terminals, etc.