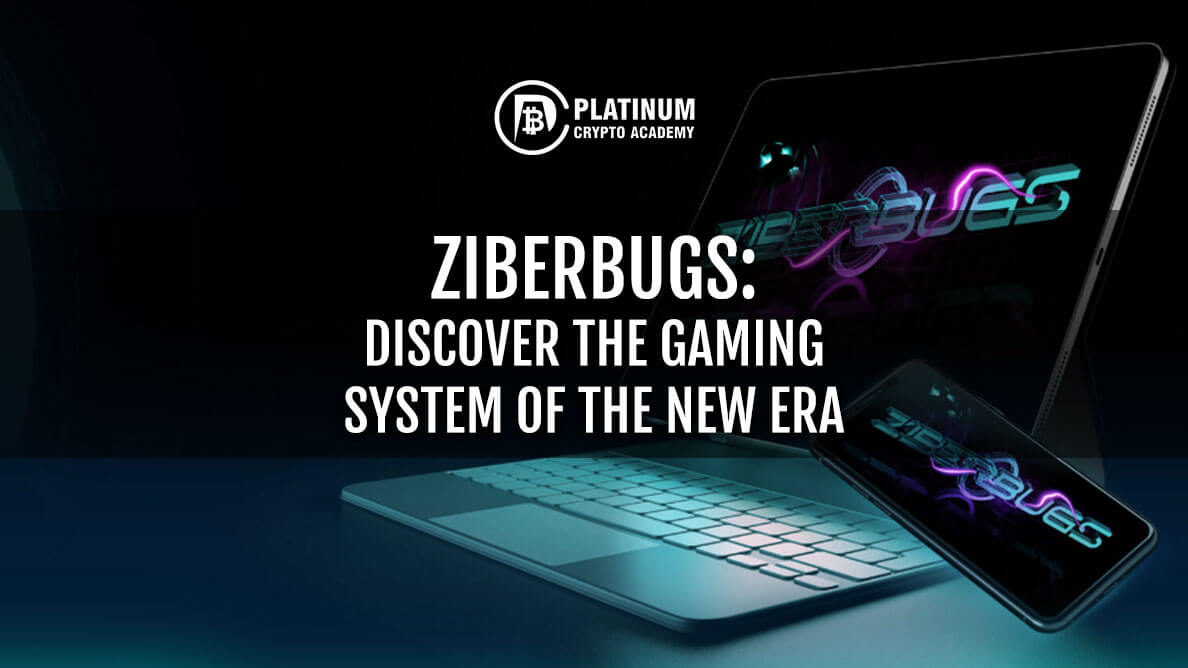 The Covid-19 induced lockdowns in 2020 and 2021 across different parts of the world had brought people’s outdoor activities to an abrupt halt for weeks and months. It also changed people’s preferences in terms of recreation and entertainment.

As more and more people sought means of recreation, entertainment and pleasure within the confinements of their homes, demand for video games spiralled over the past couple of years. This silent metamorphosis in people’s behaviour helped the global video games grow to over US 180 billion in market capitalisation. It is now bigger than both the movies and the North American sports market put together.

Part of the boom in the video game market can also be attributed to the emergence of various ways to play the games. Besides, video games have evolved to resemble competition-based, interactive movies.

Against this backdrop, crypto and blockchain are now growing faster than any other global phenomenon in history, and gaming has recently become the hottest part of crypto space. While it is known that blockchain offers solutions to problems faced by many industries across the world, its effect on the gaming industry is still relatively unexplored, in comparison to much of its potential.

ZiberBugs is a PvP focused, competitive autobattler for gamers and the ultimate aim is to significantly raise the number of professional gamers in the world. Heavily inspired by actual bugs and with a few touches from marine wildlife, the ZiberBugs ecosystem is designed to be intriguing as well as functional.

It uses the concept of one single female laying eggs, while the rest are males. The breeding feature of the game is not only exciting and unique but also provides a healthy balance to the growth of the game, protected from excessive inflation.

There are three primary races in the game and the user gets to choose his/her favourite one when starting an account. The chosen race determines the user’s Queen and the Queen determines what race of bugs the user will be able to breed. However, users may shape their battle team with bugs from any race. Each race is designed in a certain manner to be naturally strong against one opponent race and weak against the other.

Beetles specialize in ground combat, making them dominant against any opponent standing on the ground. Beetles’ genes provide hard carpaces to those who inherit them. That comes in handy when soaking up damage and providing cover and protection for their team.

The Arachnids are mystic creatures, who utilize ranged attacks against opponents in the ground or in the air. Their genes give strong minds and special powers, which they utilize in the battles in superior ways.

The Flyers dominate the airspace, excelling against anyone that cannot hurt them. While being weaker than the other races, the vertical distance does often give them an edge. Genes of flyers will make your attacks strong, dealing sustained damage over long periods of time.

Each bug inherits its X-chromosome from its Queen, and the Y-chromosome from its father. Hence, there are nine possible hybrids that define a bug and its race and class. Each bug has characteristic base stats, but can possess different abilities. There are multiple different abilities per bug that can be inherited in the breeding process – and there is another exciting mechanic for this as well!

In blockchain-based play-to-earn games, players invest in in-game NFT assets to play, invest to improve the NFT, to win more games and winning games earns you crypto tokens. These tokens can be sold for cash and improved NFT can be sold to other players.

As for the play-to-earn feature of ZiberBugs, there are some required mechanics such as breeding new units and completing progression systems, in order to maintain a healthy ecosystem. The subsequent PvP wins will be rewarded with the project’s own in-game currency, and these rewards will not only function as a reason for many players to participate, but also as a fun and engaging way to expand the assets and capabilities of the users.

With ZiberBugs, the appeal of the game and focus of the development team will reside in the competitive elements. Autobattlers are a fairly new phenomenon, and combining that with the new genre of games that we now see taking over the industry, offers a great recipe for success.

The appeal of autobatters has revolved around building and ranking up your team between several rounds of battles. By adding some board-game elements and intuitive gameplay, the aim is to find a perfect and fun balance between intelligent decision making and game sense.

The PvP arena is inspired from many other autobattlers, with a few key differences. Users can go to battle with a predetermined team of six bugs, which can be acquired from the marketplace. They will battle against only one other opponent over several rounds.

The player actions take place between rounds, where users can take turns in positioning their bugs, distribute promotions and more. There are no player sides – players can place their bugs anywhere on the court. Many tactical elements will occupy the battleground, and it is each player’s task to outsmart the opponent with strategic outplays and tactical predictions.

In terms of the seasonal rewards, ranked play will be divided into seasons, after which there will be prizes given out to the best players and a soft reset to the player rankings. The prizes will be given out in ZiberBugs’ own governance token.

The in-game earning currency of ZiberBugs is called Pheromones and users can earn it by playing and winning PvP games. The higher the rank, the more you earn per victory. Upon launch of the breeding system, a DEX swap pool will be created on the leading DEX, where anyone can obtain $PHERO. A large amount of $PHERO will be minted for this purpose. Apart from that, $PHERO will only be minted when won, and burned when used for breeding.

In games that focus on PvP gameplay, the PvE elements often get neglected. Some games are challenged with a game experience completely unenjoyable, unless playing against others. Sometimes, bots are introduced to try and preserve the PvP sensation, even when playing alone. This rarely results in satisfactory gameplay.

With ZiberBugs, there will be three different Raids to choose from and each requires a unique line up and skillset to perform well. Users can choose to invade a Beetle nest, an Arachnid nest or a Flyer nest. Each requires a specialized team that will neither work well in any of the other Raids nor in the PvP. Each yields different types of Larva as rewards.

When playing Raids, bugs and accounts of the users will accumulate experience and grow stronger. The stronger they are, the better they will do in subsequent Raids, thereby yielding greater rewards. When leveling up, there is a chance that a bug is equipped with additional cosmetics, which can increase in price and make it even more desirable.

In this context, it is important to note that progression is limited and will never affect the fairness of PvP games. In competitive hardcore games such as ZiberBugs, match fairness is of highest priority and the only differentiating factor should be your skill. Mid-core elements such as pay-to-win are not something the ZiberBugs team associate themselves with.

Through Hives, users can manage all of their social features and guild communication. There will also be an advanced swapping feature made available, allowing users to not only swap resources in trust-less manners, but also rent, lend, or borrow any NFTs, using collateral for safety, if users so desire.

It will help to socialize and build the community. It incentivizes cooperation in the form of play-to-earn co-op Raids and Hive breeding grants approximately 20% better earnings. There is built-in scholarship functionality, rental or lending services, trust-less swapping and browsing Hives by types.

The potential for blockchain in the gaming industry is truly decentralized and that opens up the space for developers and creates a whole new market for players to invest and immerse themselves in.

ZiberBugs plans to capitalize on the most successful aspects of other games that have already been shown to function. Breeding is one such aspect, which allows entrepreneurial players to profit from supplying resources to the player base. However, for the element to work, there may be an entry cost to the game that can vary based on each player’s requirements.

Blockchain technology, owing to its decentralized nature, can potentially change the way video games are played. There could be a complete transformation from how video games are funded to how players interact with each other and developers.

Besides, it gives people the opportunity to win real money and prizes. All these features do make blockchain based games exciting and ZiberBugs seems to have got all the elements in place to fulfil its ultimate objective of greatly increasing the number of professional gamers in the world.

Hopefully, you have enjoyed today’s article. Thanks for reading! Have a fantastic day! Live from the Platinum Crypto Trading Floor. 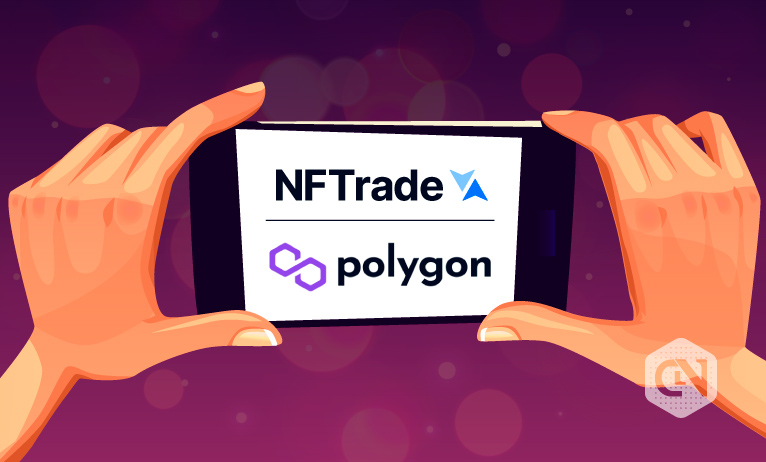