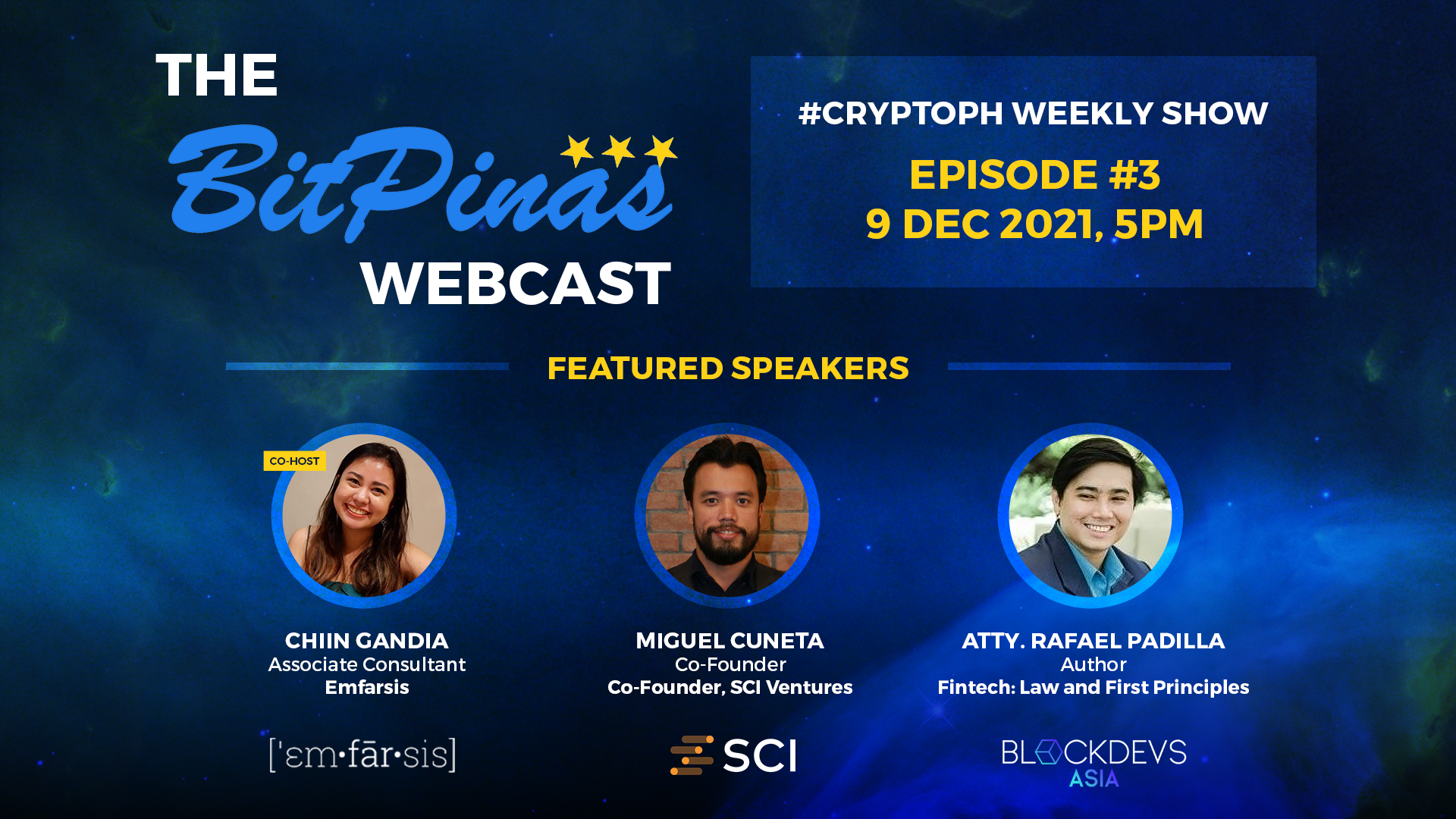 “Bitcoin also is what enabled all of the other things that we see today – play-to-earn, all of these things, smart contracts, Ethereum, other cryptocurrencies – they’re all here because of the invention of Bitcoin.”

This is the statement of Bitcoin OG and Co-Founder of SCI Ventures, Miguel Cuneta, during the “BitPinas Webcast 03 – Back to Bitcoin” episode when asked about the advantages of Bitcoin against other cryptocurrencies available in the market.

“People are saying: Why Bitcoin if there are other cryptocurrencies that are not worth 49k?” asked Michael Mislos, BitPinas’ Senior Editor and Webcast Host.

Cuneta mentioned Bitcoin being a utility – like the internet, where using it to communicate with people in any form of communication is free.

“Why Bitcoin? It’s actually one of the best things about Bitcoin, it’s a purely voluntary system. So, it doesn’t matter if you want to join or not, or to use it or not, it doesn’t really care, it’s just there, it’s a utility, it’s like the internet,” he added.

On why Bitcoin is still the biggest and strongest network among all after 13 years, Cuneta stressed that the network effects and “all of these things that are important in these kinds of technologies are ready, like firmly set in place, with the Bitcoin network.”

On the other hand, the Bitcoin OG also discussed why it is expensive – and it is because of unit bias.

According to Cuneta, gold is about USD 10 Trillion or USD 11 Trillion as a store of value.

“Purely as store of value, sitting in a safe somewhere or in a central bank, you can’t really use it to do anything – to transact online, you can’t use it to pay for anything,” he exclaimed.

Cuneta, moreover, declared that Bitcoin is a more superior form, that is why they call it digital gold.

“You can opt in and out anytime you want, you don’t have to actually hold Bitcoin if you want to use it, you can just use it as you make payment, you can use it as you transfer money,” he highlighted.

In addition, Cuneta stressed that many services, including banks, are going to allow Bitcoin to be used as collateral.

“It’s really like betting against human ingenuity and technology, and now we’re going to advance into the digital age,” he concluded.

The BitPinas Webcast is a #CryptoPH Weekly Show.