The best part about this venture is that it revitalises a business model based on membership in which profits are shared in a socially conscious way rather than benefiting the few on top. Lately, cryptocurrency investment has been the talk of the town, but people lack the know-how and the real incentives to understand and make rational decisions when it comes to investing their hard-earned money.

The Coop Network decided to assist and make people aware of what they should be looking for and how they can benefit from it. The Coop Network has put a light on blockchain benefits and their value, cryptocurrency investments to NFTs targeting every aspect while prioritising the well-being all-in-all of its members, keeping things legal and safe.

What is The Coop Network?

The Mystery behind the Name

On one bright morning of September 2020, five extraordinary skilled members joined hands to give birth to this initiative. They named it ‘GEOMA DAO COOP’, where ‘GEO’ means earth, ‘MA’ comprises the two initials of the term management, and ‘DAO’ are the three initials of the words Decentralised Autonomous Organisation. Thus, the tagline, ‘Coop network’, is derived from the term co-operative network. An immensely thoughtful name that collectively becomes Geoma Dao Coop touches and highlights every aspect of this venture, and it highly synchronises with its objectives. It aims at cooperating with the community to help them grow up and above the common economical ways. The Coop Network indeed got lucky with this brilliant bunch of founders when it comes to the title.

The Aim of the Network

The Coop Network aims to be a beacon showing that utilising such modern-day technology the digital and the analog world can come together in a fashionable way.

The enterprise “Geoma Dao Coop” and its founders played their part in creating the possibility. They believe that profits are not created equal; Those who carry social benefits are considered to be better. Sharing profits this way can be done with ease using blockchain. In general, it allows people from across the globe with mutual goals and visions to interact and prosper together.

The Need of the Time

“Good things take time,”said the wise man. And every great business starts small.Change is inevitable, and people, like you and me, should adapt to this new direction the world is going. The Coop Network has assisted many people not only learn crypto but also invest in cryptocurrency. Blockchainis becoming more and more part of our future although the technology is not easy to be understood by the majority of people. Going through the Coop Network’s website will let you know everything about the investment in cryptocurrency and the benefits of blockchain.

What are the Basic Features of the Coop Network?

The Coop Network is built for value and utility. The value is represented by the security token and the backbone of the entire Network is the utility token. The utility features include:

A Co-op as an enterprise is governed by its members. Proposals and votes are performed in a decentralisedmanner. Members vote for the governance council, those people which are the bridge between the analog and digital world.Any member, fit to take over responsibility and is of high moral and ethical standard, is eligible into the governance council. The governance council members are not employees. They are retributed on merit and achievements. Members do also propose and vote on business planning and investments.

The Coop Network accommodates a Lending Union. The utility coin is used for staking, lending and borrowing, factoring as part of this feature. Also, an audited stable coin with a Fiat bridge will be implemented onto the Network in order for members to cash out with ease their profits.

The open accounting system has the purpose of full transparency towards the members of the network. Members can see on what and for what money are spent.

How The CoopNetwork Helps Users Grow in the Blockchain Space

Blockchain is the latest yet safest technology when it comes to confirm transactions of any kind. It is far from being a so-calledscam. It is based on mathematics, oncryptography. It was introduced by Satoshi Nakamoto, a person or a group of persons, to the larger public in 2009 with a published White Paper. The Proof of Work principle was used to confirm transactions and to secure the blockchain. This kind of principle uses a lot of electrical energy thou. Therefore, a new principle, the Proof-of-Stake principle came forward like a knight in shining armour.

– The Coop Network uses PoS technology with a foreign feature instead of the well-known mining feature. It is in the beginning a little more difficult to secure the blockchain but as its users grow the blockchain becomes more and more secure.

– It lets its users learn about blockchain and become a member of the network without any hassle.

– You put your money to where your mind is and thus get exposure to like-minded people.

– This is a very user-friendly network that open-heartedly allows the users to be a part of the venture and move on in their lives.

– The Coop Network has emphasised the sustainability factor. They let the members interact but within certain limits of respect, honesty, and integrity. The goal of the whole system is to climb up together, not to make others fall and stand tall yourself.

These and many more factors played their part in making The Coop Network a great endeavour.

Which Benefits Does the Coop Network Provide to its Members?

The Geoma Dao Coop Network is made entirely for its ongoing and potential members. It is also a member-run network itself, with a package of benefits for the users. Besides the blockchain benefits, the coop network provides its users with several advantages to make the system as user-friendly as possible. These benefits are to draw the members in the chain.

Easy to use Wallet

The Coop Network wallet is user friendly and includes all necessary apps for smooth functioning within the co-operation. Oncethe forging function is started, the user becomes a validator of transactions and is given a reward. [H4]

As the world moves toward a digital age, criminals and thefts also have increased in number. People fear the loss of their revenues and thus do not step into such networks. The Coop Network has solved all such prevailing problems. The network’s goal is to build trust between its members and provide them with the best possible services.

The Coop Network has planned to develop multiple applications, not just for businesses but also for consumers. These applications will eliminate the use of paper, and everything like inventories will be traced in them. In addition, it will allow businesses to keep a check on the supply chain. In this way, it minimises the risk of stock production in excess that results in a loss. On the other hand, consumers can also check and learn about the quality of the product they have to purchase by using QR codes.

The Coop Network will contribute to creating a trustworthy market, keeping transparency on top of the list. Through the application, consumers will be able to track everything regarding their product, from their delivery status to their quality assurance. It will assist in gaining trust and commitment and make the business do wonders. The rating system will also be introduced for the buyers to know about the experience faced by previous customers.

These and many more services are in the making for the members of the Coop Network. 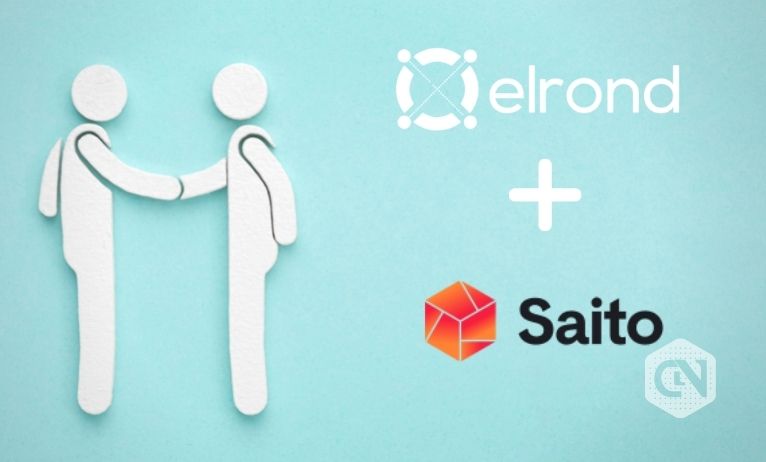