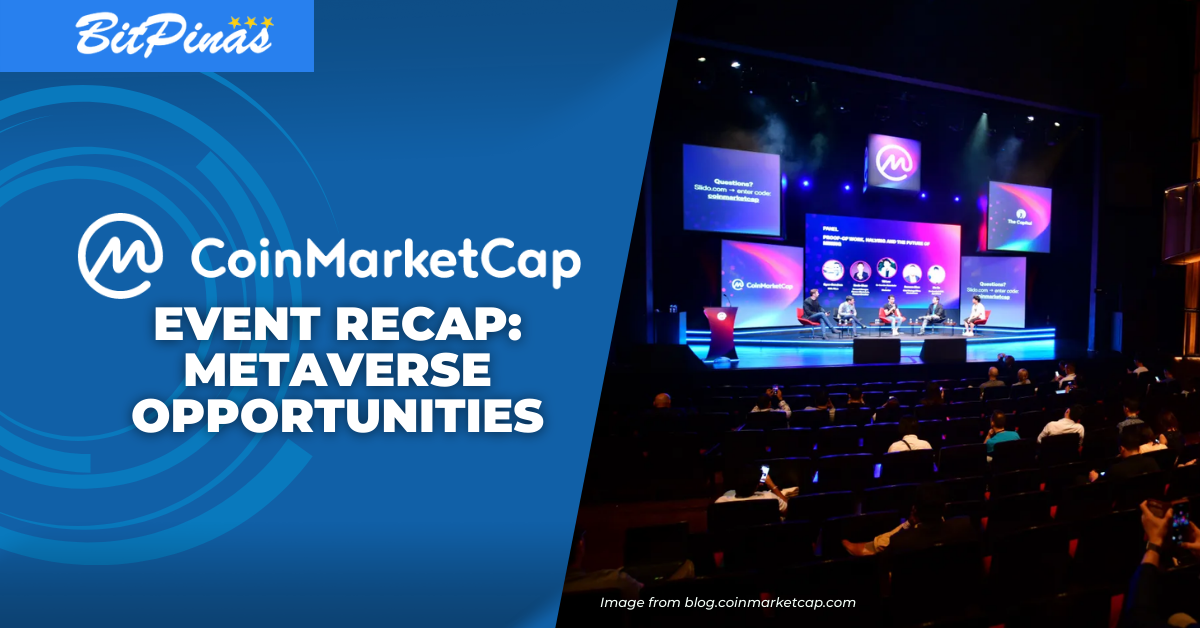 Director and Creative Director Paul Caslin, the CEO of crypto-driver in entertainment industry HELLO, mentioned that the widespread adoption of the metaverse in the entertainment block is just “waiting for the floodgates to open.” Caslin stated this in the panel discussion Track 2: Entertainment Enters the Metaverse! during the CoinMarketCap: The Capital Conference.

However, he noted that while the metaverse can bring people together, at present, these virtual worlds don’t really bring mainstream audiences into the space and deliver entertainment that’s captivating.

He added that the current models in the industry are broken, Caslin pointed out that the “old studio model for TV and movies was broken because you had to know someone to get ideas off the ground.”

To address this and to put thrill and engagement with the integration of metaverse in entertainment, Caslin says HELLO wants to find ways of going about your day and participating in a thriller, or a gameshow.

“We’re working on a couple of game show ideas where you will be able to feature as part of a show and earn real crypto and NFTs as part of that. In the real world, we’re tied to our physical forms, but in the metaverse you can go wherever you want or be whoever you want,” he explained.

Moreover, he added that everyone’s “inner children” appeal to this — and “he would love to be a superhero.”

In the Philippines, where the country ranked 4th highest in NFT adoption globally and 2nd in crypto ownership, Filipino artists are starting to venture and integrate their art in the form of NFTs. (Read: Who are the Pinoy Celebrities Joining the NFT Craze?)

P-pop sibling-groups BGYO and BINI also made history as the first Filipino artists to be featured on the NFT covers of XPEDITION, a Dubai-based magazine. The launch of their magazine cover was conducted in the metaverse through a virtual reality set-up where they interacted with their fans. (Read more: P-Pop Groups BGYO and BINI Appear in Dubai Magazine NFT Cover)

This article is published on BItPinas: CoinMarketCap Conference Recap: Entertainment in the Metaverse