After buying a one-ounce Bitcoin physical coin with a denomination of 1,000 Bitcoin (BTC) in 2011 for $4,905, the anonymous investor couldn’t possibly have predicted that he would be in possession of the most valuable numismatic item just ten years later.

The exceedingly rare 1000 BTC physical coin is worth over 11,000 times its original price at current market rates

“Wait, I thought Bitcoin is an entirely digital creation. How come it was sold as a physical item?” you might have wondered after reading this article’s title. Here’s a quick recap.

The story behind the gold-cased BTC coin dates back to cryptocurrency early days when the company created by Mike Caldwell decided to engineer so-called ‘Casascius coins’, designed to be physical representations of various BTC denominations, ranging from 0.1 BTC to 1,000 BTC. Only six 1,000 BTC coins, referred to by the crypto community as “Gold Cas”, were ever produced.

Ten years later, only four out of the six purchased gold coins have been redeemed. Each coin has a unique BTC address and private key engraved under the coin’s hologram, allowing owners to redeem BTC if they so choose.

The anonymous owner who purchased one of the exceedingly rare coins in 2011 said in a statement, “It was definitely a stretch to make the purchase in 2011, as I didn’t really know what Bitcoin was or how I was going to redeem it one day.”

The ‘Gold Cas’ owner added that he had originally been planning to buy gold, but given the precious metal’s record prices at the time, he decided to invest in Bitcoin, which he was rather unfamiliar with at the time.

The anonymous owner left the coin in a desk drawer, forgetting about it until Bitcoin hit $1,000 years later

Having purchased the coin for less than $5,000, the owner paid no attention to the ‘Gold Cas’ until he came across a headline in 2013, which proclaimed that Bitcoin surpassed the psychological $1,000 barrier for the time ever.

The sudden price surge, which pulled the value of the BTC coin past $1 million, motivated the owner to learn more about the ins and outs of blockchain technology and he has kept a close eye on the sector ever since.

“Since the value of the coin increased to $1 million, there were other milestones I remember, such as when it hit the $10 million mark and then again at $25 million,” the coin’s owner recalls.

The ‘Golden Cas’ value has reached its highest point on November 10, when the price of the world’s largest crypto hit $68,770 and pulled the combined value of all digital assets in circulation above the $3 trillion mark for the first time in history. Bitcoin has since retraced below $60,000 and is currently exchanging hands at roughly $56,800.

Ian Russell, president of GreatCollections in Irvine, California, describes the cultural significance of the ‘Gold Cas’:

“It’s the ultimate 21st century collectible, merging gold with cryptocurrency; a cultural phenomenon considering the vast numbers of people under 30 who own some cryptocurrency as investments.”

The anonymous owner is reportedly not tempted to part ways with his prized possession just yet, despite the massive more than 11,000x ROI he is poised to realize – he believes Bitcoin has ample room to grow in the future and remains optimistic about the digital currency’s long-term prospects.

As a side note, despite ‘Gold Cas’ being the most valuable coin in existence, its value would end up being minuscule compared to the notorious trillion-dollar coin, which was proposed as a means of raising the US’ borrowing limit following the Great Recession. While the concept was ultimately rejected in 2013 by the Fed, the idea has resurfaced in late 2021, due to the economic effects of the Covid-19 stimulus packages. 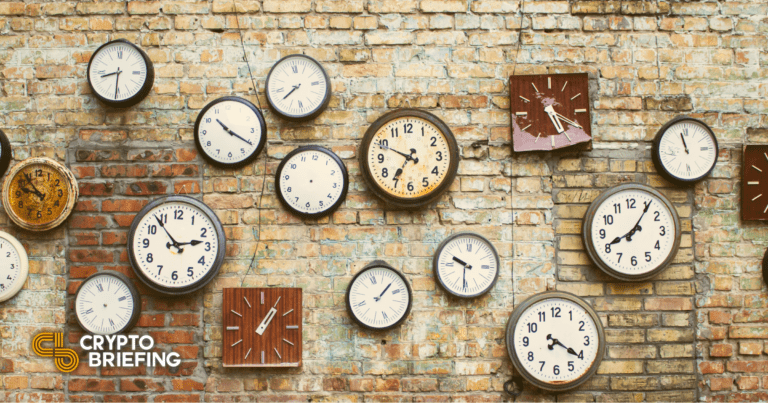