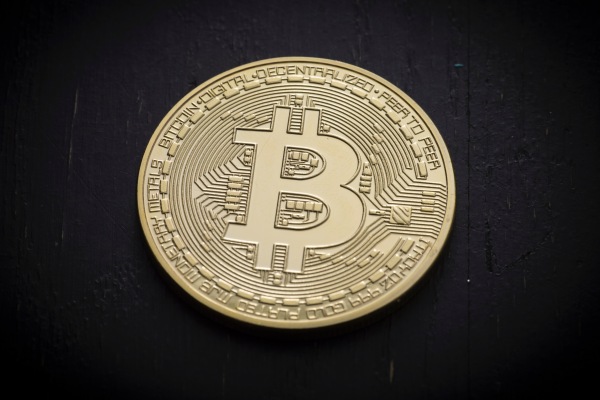 By today, Bitcoin’s hash rate has fully recovered from the historic plunge that occurred last weekend.

That is quite close to the highest level ever.

Block times are back to normal as of this morning, and transaction fees which peaked at $62.78 now seem to be normalizing as well.

Further, bitcoin and the rest of the crypto market have staged an awesome comeback rally following the deep slide from last week, and that has at least provided a nice short-term bottom for the price, if not a long-term one.

Even though the subsequent price action may be short-lived, what we learned about the origin of this so-called hash crash is deeply disturbing. …

Even though analysts like to point out bitcoin’s propensity to promote green energy, a recent study published by the University of Cambridge estimates that “on average,” only “39 per cent of proof-of-work mining is powered by renewable energy.”

Further, the particular area where the coal mining was halted, Xinjiang province, is the very same where we are currently hearing infamous reports of genocide of the Uighur Muslims by Chinese authorities.

As for the miners who got stuck very publicly inside the mine, we’ll give you one guess what nationality they are.

To think that my transactions in the last few weeks might have gone toward funding slavery is a ghastly thought indeed. But is that Bitcoin’s fault?

In the United States, a simple thing like paying your taxes will go to fund wars on the other side of the planet in addition to funding your local cops and firefighters. We should not confuse a tool with its various use cases.

A hammer is inherently good, even though some may use it for destruction. Speaking broadly, the Internet is also a force for good.

Even though there are scammers and nefarious parties on it, the amount of freedom and equality it’s already brought to hundreds of millions of people is already apparent.

One Nordic bank who is most likely not holding bitcoin has been going through some serious turmoil lately. Their CEO had to step down two weeks ago, and the financial institution has revealed that it was being investigated by the U.S. Securities and Exchange Commission.

However, the bank has found a way to take money right out of their clients’ accounts on the regular. 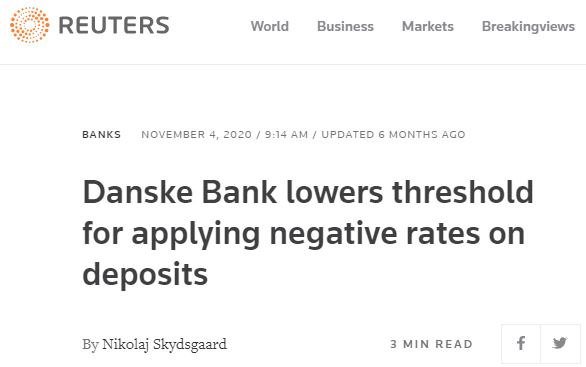 Danske has been imposing negative interest rates on a small fraction of its customers, but starting next year, all retail accounts that have 250,000 Danish crowns (roughly $40,000) or more will need to pay interest to the bank.

On the other side of the fence, DeFi depositors can get 6% to 8% holding a stablecoin.

So we will certainly see a lot of dinosaurs go down, although it will be better if that happens more gradually, to avoid disrupting order and give the burgeoning market more time to mature.