Coming every Saturday, Hodler’s Digest will help you track every single important news story that happened this week. The best (and worst) quotes, adoption and regulation highlights, leading coins, predictions and much more — a week on Cointelegraph in one link.

El Salvador has officially become the first country in the world to adopt Bitcoin as legal tender.

A law outlining the proposals, introduced by President Nayib Bukele, passed with a “supermajority,” attracting 62 out of 84 votes.

Under the so-called Bitcoin Law, merchants must accept Bitcoin as well as U.S. dollars — and they’ll be expected to present prices for goods and services in both currencies. The government is going to be releasing an official crypto wallet for consumers to use, but they can rely on private providers if they prefer.

Permanent residency is going to be available for those who invest 3 BTC in the country, and now, a 90-day implementation period has begun.

As the 90-day implementation period begins, the president has asked a state-owned geothermal electric company to examine plans “to offer facilities for Bitcoin mining with very cheap, 100% clean, 100% renewable, zero-emissions energy” — from its own volcanoes.

Unsurprisingly, reaction from regulators hasn’t been overwhelmingly positive. One executive at the Bank for International Settlements has called El Salvador’s move an “interesting experiment” — but warned that BTC hasn’t passed the test of being a means of payment. The International Monetary Fund has also warned the decision could have significant legal and financial ramifications.

El Salvador’s plans were first announced during a keynote speech at Bitcoin 2021 in Miami, but the markets appeared to pay little notice.

Things changed on Wednesday — the day Congress passed the legislation. Bitcoin logged its best daily performance since Feb. 8, the day Tesla announced that it had added $1.5 billion worth of BTC to its balance sheet.

Although there are reasons to celebrate, Stack Funds’ head of research Lennard Neo has warned there was little in the way of bullish reactions from so-called “smart” investors.

Bringing the bulls back down to Earth, he warned: “We should not expect a significant impact on Bitcoin for a country with a GDP per capita less than 7% that of the U.S., with its economy suffering the worst crash in decades last year.”

Bitcoin’s seven-day high stands at $38,334.33. The strong move helped save the bulls during Friday’s options expiry, because any level below $34,000 would have wiped 98% of call options.

MicroStrategy gets $1.6 billion in orders in junk bond offering

MicroStrategy has attracted $1.6 billion worth of orders in a recent junk bond offering — four times more than what the business intelligence firm initially sought.

It comes days after the publicly listed company, which owns 92,079 BTC with a current market value of $3.2 billion, announced plans to spin off its crypto holdings into a new subsidiary called MacroStrategy LLC.

Although this has been interpreted as bullish news, alarm bells started sounding after the junk bond offering was announced — the latest in a series of debt raises to buy more Bitcoin. MSTR stock fell after the news.

In a recent article, analyst Juan de la Hoz said MicroStrategy would be at risk of bankruptcy if Bitcoin prices fell, adding: “MicroStrategy is a rare high-risk low-reward investment opportunity, and a strong sell.”

Some of those who attended Bitcoin 2021 in Miami have tested positive for COVID-19, leading to a wave of negative media coverage and speculation that it may have been a “superspreader event.”

Thousands of people went to the two-day event, which did not require proof of vaccination or enforce the wearing of face masks. There was little in the way of social distancing either as people packed into crowded auditoriums.

One influencer on Crypto Twitter, Mr. Whale, estimated that there were more than 50,000 visitors at the event. He noted that this was the first major in-person conference since the pandemic began, and said dozens of participants have tested positive.

Vitalik Buterin has made $4.3 million from his $25,000 investment in Dogecoin… so far

Ethereum co-founder Vitalik Buterin has revealed that he invested $25,000 into DOGE in 2016… and has made a pretty penny as a result.

His first concern was how he would tell his mother — not least because “the only interesting thing about this coin is a logo of a dog somewhere.”

Buterin told Lex Fridman’s podcast that he was caught off-guard by the speculative frenzy that resulted from Elon Musk’s fascination with the joke cryptocurrency.

Buterin added: “I sold half of the DOGE, and I got $4.3 million, donated the profits to GiveDirectly, and a few hours after I did this, the price dropped back from around $0.07 to $0.04.”

Assuming he held on to the remaining 50% of his DOGE stash, he would now be sitting on tens of millions of dollars in paper profits.

For more info on crypto prices, make sure to read Cointelegraph’s market analysis.

“Regulatory clarity enables companies like BlockFi to continue innovating. It enables consumers and investors to participate in this sector with the utmost confidence.”

“Investors should consider the volatility of Bitcoin and the Bitcoin futures market, as well as the lack of regulation and potential for fraud or manipulation in the underlying Bitcoin market.”

“@davidguetta knows what’s up. His Miami pad is for sale. Can buy with #Bitcoin or #Ethereum. In general, not a good idea to part w/ disinflationary #crypto that consistently outperforms real estate… but smart folks like Guetta love to take it from you.”

“Adoption of Bitcoin as legal tender raises a number of macroeconomic, financial and legal issues that require very careful analysis. We are following developments closely, and we’ll continue our consultations with the authorities.”

“Moments ago in our #London saleroom, an extremely rare “Alien” CryptoPunk #7523 from the collection of @sillytuna sold for $11.8M as part of our #NativelyDigital NFT auction – setting a new world auction record for a single CryptoPunk.”

“Stablecoins are not launching us off into some brave new world […] The key here is to ensure that just because something is packaged in shiny technology we don’t somehow treat the risks it poses differently.”

“I don’t think @michael_saylor is familiar with Murphy’s Law. What if #Bitcoin crashes below $20K? Will #MicroStrategy sell stock at depressed prices to shore up its balance sheet? Will it sell Bitcoin to raise cash? If MicroStrategy goes bankrupt will creditors HODL its Bitcoin?”

“I should have bought a lot more — that was my mistake.”

FUD of the Week

Officials with a U.S. government taskforce have seized more than $2 million in crypto paid in ransom following an attack on the Colonial Pipeline system, which caused fuel shortages for many people in the U.S.

The Bitcoin in question was connected to Russia-based DarkSide hackers, and about 63.7 BTC has been clawed back.

Although there’s little doubt that this is a good thing, Bitcoin’s price actually ended up falling because of concerns over how the FBI actually managed to seize the cryptocurrency. Coinbase has refuted suggestions that it was involved.

Mati Greenspan, the founder of Quantum Economics, has said that the recovered ransom is actually bullish for Bitcoin, as many had expected U.S. politicians to use crypto as a scapegoat for the attack and enforce some heavy-handed regulations.

A proposed crypto mining ban calling for a forced three-year hiatus on all mining operations in New York has been watered down — and will now allow green projects.

The bill passed in the senate on June 8, and has now been referred to the state assembly. If the bill is passed there, it will be delivered to Governor Andrew Cuomo to either approve or veto the proposed legislation.

The initial New York Senate Bill 6486A sought to halt all crypto mining for three years in order to conduct environmental impact reviews on mining operations in the tri-state area.

However, the bill was amended in the senate to get it over the line, and the revised 6486B bill is now focused solely on any firm that uses carbon-based fuel sources to power proof-of-work crypto mining.

Victims of an alleged $3.6 billion crypto Ponzi scheme in South Korea are reportedly hampering the progress of a police investigation and a joint lawsuit — as they still believe in the project and hold out hopes of getting a return on their investments.

V Global is accused of defrauding about 69,000 people out of four trillion won ($3.6 billion), all while promising investors they would triple their investments.

A notice on the company’s website says that it strongly denies the “false” claims and has filed a complaint with police “for defamation and obstruction of business.”

If V Global is found guilty, it would potentially be one of the biggest crypto-related Ponzi schemes on record, in a similar fashion to the infamous multi-billion Ponzi scheme from OneCoin in 2015.

Pronouncements from the G-7 allow green fintech to flourish

Sustainability and the need to lessen climate change amid the COVID-19 pandemic have become the global economic agenda.

Miami has a dynamic mayor, lots of VC money and is coming off the largest-ever crypto extravaganza, but is that enough without legal clarity? 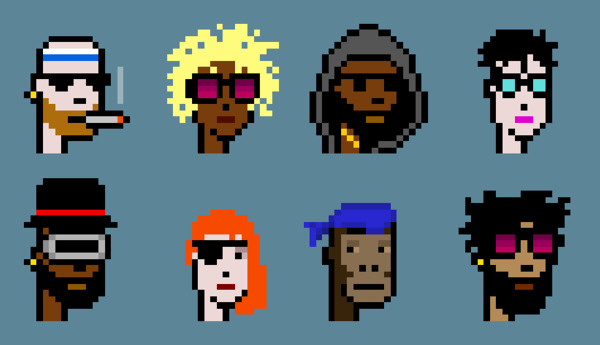